Okay, we’ve done a thriller, a comedy, and an action movie, so let’s move on to a drama. Like Andy (the 40 year-old virgin), Mickey in The Fighter is a fairly passive protagonist, so much so that his brother (half antagonist / half co-protagonist) almost takes over the movie. But I’d still say that Mickey’s the hero…

Mickey Ward in The Fighter: 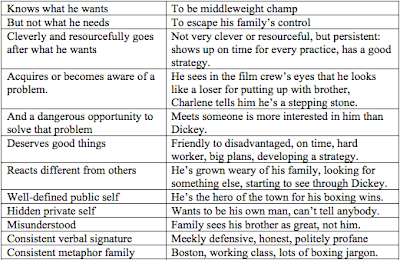 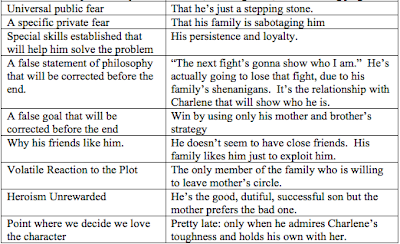 This might seem rather obvious but so far most of the heroes are not just misunderstood but underestimated. This appears to be a key aspect of the conflicts they face. An antagonist might not be so likely to tussle with our heroes if s/he were judging their strengths properly. Likewise being underestimated makes every protagonist instantly relatable. Who among us doesn't in some way feel this in our own lives? If only the world could see what we can really do...

This is an excellent point. In fact, I think the film medium is especially suited to show that someone is underestimated:

We hear what people say about them, then we see what they can do, and we get angry that one doesn't match the other. Since movies are equally suited to one-person process scenes and multi-person dialogue scenes, it's great at creating that dichotomy.