What's the Matter With Hollywood, Part 12: True Stories Are Bought From Self-Interested Hustlers 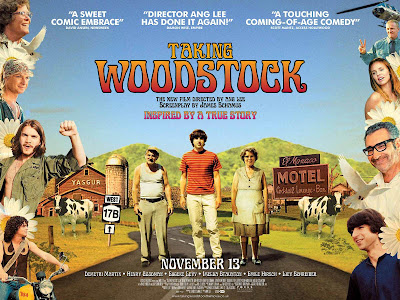 I recently spent some time talking about how hard it is to pair the right hero with the right concept. The hero needs to have a volatile relationship to the story. They have to be able to transform the story and the story has to be able to transform them. They need to have the power to resolve the dilemma. They need to be the only one who can solve the problem.

This is true for fictional stories and even more true for docudramas. One question they asked us all the time in film school is “whose story is it?” But when it comes to docudramas, Hollywood has gotten too lazy to figure out the best answer to that question. Instead they wait until a hustler comes knocking on their door trying to sell his own “life rights”. If the pitch is good enough, Hollywood bites, without ever asking is this person is actually the real hero of this story.

The hard-fought efforts to mount the Woodstock festival (and the unsuccessful efforts to control what it became) could make for a great story. The story of the local non-rock-fan slacker who briefly tried and failed to rent his farm to the organizers? That’s not a good story. But that’s the guy who sold his life rights. Once again, the poor marketers discovered that they could have sold “the Woodstock story”, but they couldn’t sell Taking Woodstock, which was “sort of the Woodstock story, but… not really.” 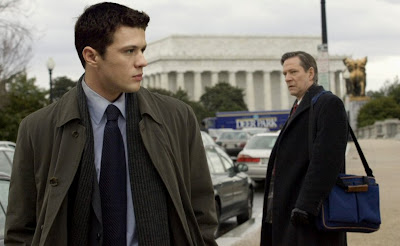 Another example: I liked Breach a lot. It’s an underrated movie, due to Chris Cooper’s amazing performance as real-life traitor Robert Hanssen. But it has the wrong hero. The FBI agent Ryan Phillipe plays was brought in at the last minute to gather some additional evidence, after Hanssen had already been exposed. In real life, he did so without ever confronting Hanssen, then instantly quit to sell his story to Hollywood. Nobody would have picked this guy to be the hero of this story, if he hadn’t brought in the pitch. 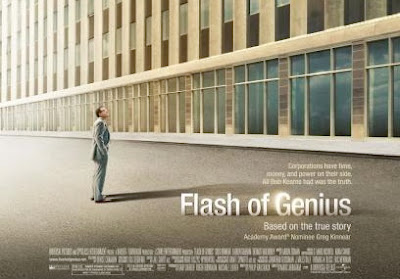 At least those two were about movie-worthy events. Even sillier are those movies that have no business being made, but some enterprising hustler convinced Hollywood that their story “had to be told”! Remember that guy who spent twenty years suing the car companies, claiming that he had invented variable-speed windshield wipers? Probably not. He eventually got a pay-off, then got another pay-off from Hollywood, when he suckered them into making a bio-pic about him called Flash of Genius. Nobody cared.

One of the reasons The Social Network and The King’s Speech worked so well is that they were not based on books written by the actual people involved, all of whom would have had a vested interest in warping reality into a too-tidy narrative.

The best recent example of how to do it right was Milk. The screenwriter simply decided that this story ought to be told, so he did the research himself. He didn’t buy anybody’s life rights, as far as I know. The surviving participants just shared their memories because they agreed that this was a worthwhile project. The hero of the movie was the actual hero of the story: Harvey Milk.

Flash of genius. A compelling drama about the inventor of the windshield wiper. And do people get surprised that was a failure? Maybe the producers were high when they greenlighted this.

But people love an underdog!

Read my comments on your harry potter book 6 redos. I replied for your approach to both 6 & 7. I felt your changes showed misunderstanding on what gave people myself included passion for hp. Also I wanted to add that the wizarding war was much like world war 2 and the prejudice and propaganda. However voldy is evil itself. But the theme is equality and love. Jk rowling worked with amnesty international. She is clearly depicting human rights messages. And I forgot to add that tonks and lupin die leaving teddy an orphan as a consequence of history repeating itself if we do not listen and act fast. The difference is harry is alive to be godfather. But the heartbreaking casualties made this work so much more honest. Lastly I am using touch screen phone keyboard to type everything so its choppy but really want you to read.

My movie recommendations for you are As Good As it Gets, Diving Bell and the Butterfly, Once, What Dreams May Come, American Beauty, Walk on Water, Grace is Gone and Dr. Zhivago. These movies changed my life. Some are foreign. I believe good story telling comes down to expression. What moves us is what characters make or find meaning. All else distracts and desensitizes us. The plot must ask of us, not characters. It was always about the simple expression of humanity that is always deemed as art. The rest just sparkles with a falseness so blinding we forget what we were looking for, no aching for, in films.

I forgot Final Fantasy: The Spirits Within, Before Sunset, Life is Beautiful and The Lives of Others. Good Will Hunting, Patch Adams and Dragonfly. I am currenly writing a book. I do not stick by rulrs. I use my own three laws of literature 1. Expression 2. Meaning in that expression 3. Purpose or using the meaning.

I checked out all the comments, Sarah J, and you make several good points. Any fan of Once and The Lives of Others is cool with me.

I view this particular problem as more of a subset of the bigger problem of property-itis. That is, this feeling from producers that they can't make a movie unless they have some kind of pre-existing "property" (book, article, life rights, toy, videogame, etc.) from which to adapt it. That somehow starting from a property, any property will lead to a better story.

FLASH OF GENIUS has to be hands down the most ridiculous and perfect example of when life rights definitely don't equal a story. The first time I saw the trailer for this, I thought it had to be a joke and I kept waiting for it to turn into something else.