The Story: A brilliant general arrives on Iwo Jima island to prepare it for an American invasion, only to discover that no reinforcements are coming, dooming the mission. Nevertheless, he and his men dig tunnels to prolong the fight for as long as possible, as each deals with the horror of the situation in his own way.


How it Came to be Underrated: When I saw this I thought it was a shoo-in for best picture, and it was nominated, but everybody immediately laughed it off as the no-chance pick of the year. Sure enough, it won nothing. It didn’t help that it was paired with Eastwood’s misconceived companion movie about the American side of the battle, Flags of Our Fathers, which will be the subject of this week’s Meddler.


Why It’s Great:
If You Like This, You Should Also Check Out: Eastwood learned his clean, honest, no-nonsense style of directing from his mentor Don Siegel. Two underrated movies they made together are The Beguiled and Two Mules for Sister Sarah.

How Available Is It?: There’s a nice two-disc special edition with several documentaries.


Today’s Post Was Brought To You By: The American Crusader! 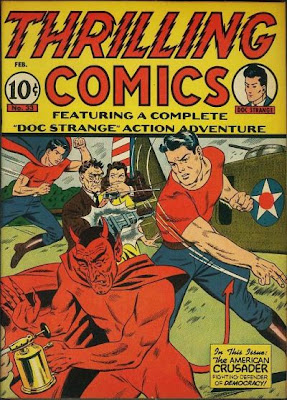 This is a very good film, almost a great one. Though I can't help feeling that Eastwood cribs too much from Malick's THE THIN RED LINE and isn't quite up to the task of portraying all the facets of the battle and juggling all the characters.

I'd put IWO JIMA a close third to two of Eastwood's best directed Westerns, HIGH PLAINS DRIFTER and his only masterpiece THE OUTLAW JOSEY WALES.

Also agree about THE BEGUILED, an excellent little movie. And disagree a bit about Leone's vision being morally complex. If anything, this is definitely the area where the pupil eclipses his master. Eastwood seems to have matured into a fine man. I just sometimes wish his personal depth made him a more rigorous filmmaker.

thanks for spotlighting this film that I loved so much.