The Big Idea, Part 9: The Twist is Not the Concept 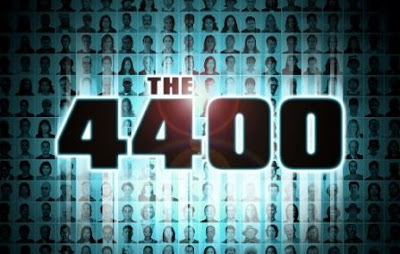 Our discussion of trailers yesterday brings me to subject of twists. A good story idea should have a twist to it, but the here’s the crucial thing: the twist is not the concept. The concept is the compelling idea that sells the movie. The twist is what wakes the story up once the original concept starts to run out of steam.

Writer and directors complain bitterly about trailers that give away the twist of their movies, but usually this is an indication that the original concept isn’t as interesting as the twist. If your movie is not gripping and fascinating before the twist, then I guarantee that the twist will be revealed in the trailer.

Marketers can’t tell people, “Well, this is great, but we can’t tell you why, so just go see it.” Instead, they’d rather just give away the final twist, guaranteeing everybody an unsatisfactory movie-going experience (after the audience has bought their non-refundable tickets, of course). Sure, the audience may be pissed to realize that they saw nothing that wasn’t in the trailer—and the creator will be really pissed, but the studio will do it if that’s the only way to get people into theaters. They have to.

There was a TV show a few years ago called “The 4400”. Here was how the creators pitched it to the networks: “All of these people have been abducted over the years by lights in the sky, and one day they all return at the same time with super powers. At first, it seems like a classic X-Files-style alien abduction show, but then we get to the big twist: they weren’t abducted by aliens, they were abducted through time travel by post-apocalyptic humans, who have given them these powers to prevent the apocalypse from happening!”

Wow, what a pitch! Every network got excited. Then the networks asked when the truth would be revealed. The writers got big grins on their faces and said: “That the great part: we don’t find this out until the end of season five!” Suddenly, all of the joy went out of the room.

The writers hadn’t thought this through. By their own admission, it seemed like a generic “X-Files” knock-off until they revealed the twist. They knew that they’d never sell it to the network without revealing the big twist, but they somehow expected the network to be able to sell that version to America for five years? It gradually sunk in to the writers that their plan made no sense. They hastily came up with a better plan, in which the twist was now revealed at the end of the original miniseries.
They realized that “time travel” wasn’t the twist, it was the concept, so it had to be set up before the actual series began.
Posted by Matt Bird at 8:01 PM

Love your blog, dude. I read tons of writing/screenwriting blogs and yours is tops. Not just for the info, which is always insightful -- you write great too. Keep it up!

Along these lines, my favorite trailer of all times was for Unbreakable. I didn't know it at the time, but it was really just the opening few minutes of the movie. Once I was in the theater and the movie started, I was so excited that I knew absolutely nothing about what was coming after minute 5.