The Big Idea, Part 10: The Concept Has to Survive Past the Twist 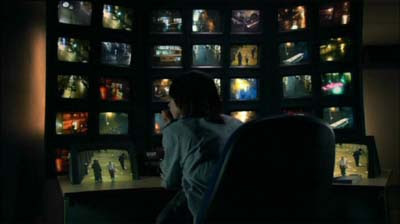 Yesterday, we talked about how the twist (which surprises people after they’ve bought their tickets) has to be different from the concept (which got them in the theater in the first place). Now let’s turn that on its head: the twist can’t eliminate the concept either. The concept has to last the whole movie long, not just until the twist happens.

I run into this problem all the time. I come up with what I think is a great concept for a thriller, but then I realize that my idea only provides a unique way of starting the movie, but all of the uniqueness disappears once the movie gets going.

For instance, a friend in college told me a wild story from his past. It sounded made-up, but I later confirmed that it was all true: At his previous college, he had been arrested for creating a world-famous computer virus. Like most hackers, he could type faster than any secretary, so a judge sentenced him to community service working for the government’s little-known “Relay” service. 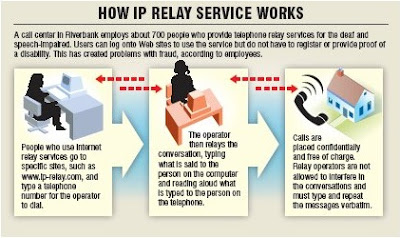 This was a program that allowed deaf people to use a primitive version of “Chat” to communicate online with a relay center. People at the relay center then had to call whoever the deaf person wanted to call and read everything they wrote, then transcribe everything that was said on the other end of the line back to the deaf person. This enabled deaf people to use the phone like anybody else. He said that lonely deaf people would try to chat directly with the relay providers, but they were strictly forbidden from responding, or conveying anything but what was said on the other end of the line.

My mind instantly reeled: what a great beginning for a thriller! A deaf woman keeps getting threatening calls, and the our hero has to relay them. She calls the police for help, but they don’t believe her. She calls her friends but they hang up. Won’t somebody help her? At what point does our relay guy decide that it’s up to him?

A great set-up, right? Well here’s the problem. As soon as he leaves the relay center, the whole concept disappears. He just becomes one more noir hero protecting a damsel in distress from some crooks. Relay has nothing to do with it anymore.

I recently saw a disappointing pseudo-thriller that suffered from the same problem: Red Road by Andrea Arnold. The concept is great: a depressed woman works for a private contractor that installs and monitors security cameras on every street corner in Glasgow, then reports any crimes to the police. But one day she sees a bad guy from her past show up on the monitors. She becomes obsessed with following him from camera to camera…

It’s a great set-up, but it has the same problem as my relay story. As soon as she leaves the surveillance room, it becomes a generic “I have to stop this guy” drama-thriller. There is another twist when we find out what the guy actually did to her, but that twist has nothing to do with the concept, and feels like it comes out of another movie.

I think that this is one reason that they screwed up “Time Capsule”/ Knowing. What if they had gone with my “someone’s going to blow up Washington” version? Once the teacher locates the grown-up-kid who made the predictions, would it just become a stop-the-terrorist movie? I think that they could have kept the concept alive…at every turn, the grown-up-kid’s inability/unwillingness to remember his premonitions would still have been important. But I understand why the creators felt the need to link the ultimate danger to the source of the premonitions.

This brings us back to a comment by Christine Tyler last week: This shows why it’s good to start with an antagonist as the genesis of your concept. If the concept has nothing to do with the antagonist, then your concept runs the risk of disappearing in the third act as the conflict with the antagonist takes center stage.
Posted by Matt Bird at 8:33 PM

This reminds me of the conversations we had about the failings of FlashForward. I think you've just illuminated the problem I had with the show. The concept was great, and the internal conflicts set in motion within the protagonists were fascinating and well done. But then the show devolved into a second-rate FBI sci-fi conspiracy show. Incidentally, I began to associate my growing dislike of the show (unfairly) with any appearance of Dominic Monaghan who was the most visible of the conspiracists. I didn't give a damn about the villains and their plot, perhaps because the concept was built around the heroes, not the villains.