The Big Idea, Part 8: Won't Somebody Think of the Trailer? 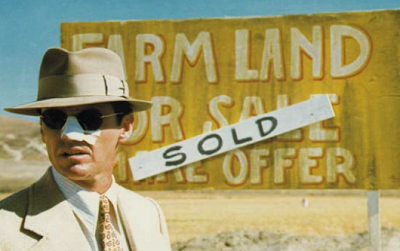 There’s nothing that creative types hate more than getting notes from non-creative types, and the most despised of all are the notes that come from, ugh, marketing. How dare they be consulted? Ars gratia artis! It’s our job to make a pure, unadulterated masterpiece. It’s their job to sell it.

But “art for art’s sake” has always been an impossible dream when it comes to making movies, and it becomes more impossible every year. Yes, funders will insist on marketability throughout the making of the movie, but long before that, the screenwriters themselves will have to shape themselves into ruthless hucksters in order to set it up in the first place.

You have to sell it an assistant, then a producer, then a director, then the stars… Remember, nobody is on contract anymore, so everybody is a free agent, deciding for themselves if they should put their own reputation and financial prospects on the line for you. Before the marketers start worrying about “Will we be able to cut a trailer for this movie”, you the screenwriter have to worry about the trailer you’re creating in the minds of the people you’re pitching it to.

So yes, right from the start, you have to ask yourself “Is there a trailer here?” And what do trailers show? Hint: not delicate character moments. Trailers show three things: a unique concept, startling imagery, and funny or bad-ass one-liners. That’s about it.

There’s a problem I have sometimes when I’m putting together “Underrated Movie” posts for this blog. I start scanning through the movie to pull still frames out and I suddenly realize: “Man, I love this movie, but none of the still frames make it look great!” That makes it hard for me to “sell” the movie to my readers. 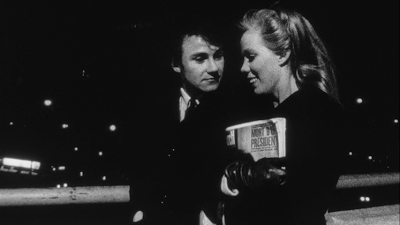 This was true recently for Who’s That Knocking At My Door? It’s a powerful narrative, and it’s well shot, but none of the imagery is that unique. It looks like a standard boy-meets-girl story if you can’t you hear the great dialogue and the great music. After the box office failure of this movie, Scorsese quickly learned his lesson and quickly became a master of startling imagery. Of course, it’s just as bad to go the other way—these days Scorsese’s movies have too much style and not enough substance, but he found a nice middle ground for a while, didn’t he?

Marge being pregnant didn’t have a lot to do with the plot of Fargo, but it created very unique imagery that helped sell the quirkiness of the movie before anyone heard the wonderful dialogue. I hate to keep going back to “Silence of the Lambs”, but novelist Thomas Harris did something very clever. He didn’t just want a federal agent interview a prisoner on his cover because that wasn’t unique. So he tossed in references to the death’s head moth, even though it had little to do with the plot. Now that’s a great image. 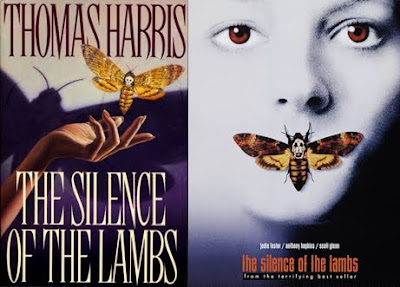 On the subject of trailers, I would be interested in your thoughts on why more and more trailers give away key details and/or the entire plot. It would seem this would backfire (i.e. people wouldn't want to see the movie if they know the plot.) After reading today's post, I am guessing it's just another attempt to "sell" the concept?