The Big Idea, Part 7: Every Main Character Must Be Volatile 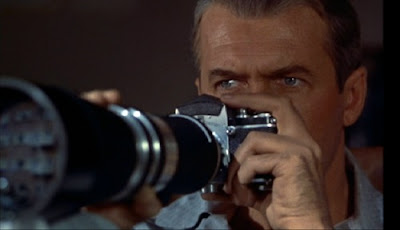 I used to think that the only thing that every main character had to be was resourceful. Now, thanks to last week’s posts, I’ve come to another big piece of the puzzle. They also have to be volatile. By that, I don’t mean that they have to blow up yelling at people all the time. I mean that they have to have something unexpected inside them that gets ignited by the plot, and then that ignition turns the plot into a full-blown fire.

They have to have some secret or some quality that causes them to react different than anyone else would to this situation. That’s volatility. The hero has some internal ionic charge that’s going to set the compass of this movie spinning—something the people sitting on the hero’s right and left don’t have.

In feel-good genre movies, this can be relatively straightforward: the hero is different because they’re better than everybody else:
In more complex movies, the difference is more likely to be that they have some internal contradiction inside them that causes them to react in an unexpectedly volatile way.
So far, I’m just talking about action and thrillers movies, but this applies to every damn movie. I’ll show that as I talk about this more in upcoming entries.

I had almost figured this out before when I said that “Anybody can be a hero, but not by doing what anybody would do.” Now I see that that was only half the story. The hero’s internal make-up has to cause them to interact in a uniquely volatile way with the events of the story. Only this plot could ignite this hero, and only this hero could ignite this plot.

This makes me more aware of how important a hero’s backstory is. You don’t necessarily have to show it, but you have to know what there is about your hero’s past that causes this unexpectedly volatile reaction when they come in contact with the plot.
Posted by Matt Bird at 10:27 PM

Speaking of volatility, secrets and ionic charges, man am I enjoying BREAKING BAD. I'm two seasons in so far and it's just as good as you and everyone else say it is. It has the genuine article version of what you're writing about in these current posts, the elusive alchemical marriage of plot and character.

There's no one quite like Walter White, a mild-mannered Chemistry teacher whose internal contradictions are many and deep -- yet dormant -- until they met the volatile reality of his 50th birthday cancer diagnosis and the sudden existential wake-up call it precipitates.

Among the many things I'm loving about this show is how far each conflict escalates before any given scene is done -- often in surprising ways and usually several steps further than most shows would go. The characters are so well matched to the drama that it almost never feels forced.

I got a lot out of your scene-writing posts about BREAKING BAD and I hope you'll be writing more about this amazing show in the future.

Yes! Why didn't I make that connection? I think their slogan for this season is actually "Extremely volatile!"