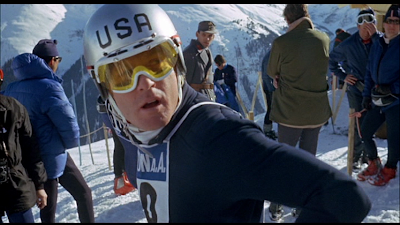 
The Story: A handsome but angry small-town ski-bum gets elevated to the US downhill team, and quickly proves to be the best, even though he’s not a team player. The coach soon realizes that he has little choice other than to let this superstar set the rules.

How it Came to be Underrated: Redford, Hackman and Ritchie were all about to have a great decade in the ‘70s, but this movie was a little ahead of its time. America was just learning to love movies that cast a jaundiced eye on national glory. The studio dumped it, which caused Redford to start thinking about creating a better way to find an audience for anti-Hollywood movies...

If You Like This, You Should Also Check Out: Redford and Ritchie reteamed for an equally good follow up about the price of winning, The Candidate. Another great underrated Hackman film from around this time is Scarecrow, if you can find it.

How Available Is It?: There’s an excellent Critierion DVD with long interviews with Redford, Ritchie and Salter.

Today’s Post Was Brought To You By: Wonder Sauna Hot Pants! 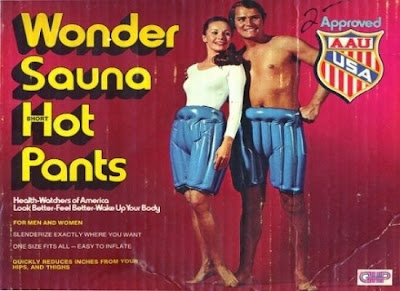 Funny, but I always thought this was an early Pollack-Redford effort.

Not that I'm ignoring your brilliant discussion of the film, but where the HECK do you get these ads!? Wonder Sauna Hot Pants!?

Can you guess that I liked DOWNHILL RACER because it features a jerk protagonist? The father scene doesn't begin to explain the depths of his jerkiness.

Redford was a pretty excellent actor-producer in that day, arguably more influential and creative than he is now that he directs too. In the last year or so I've had a renewed appreciation for how much he shaped projects like this one and ALL THE PRESIDENT'S MEN (going so far as to tell Woodward and Bernstein how to write their book before they wrote it).

I got that ad off Boing Boing (www.boingboing.net) Tanita. I'm breaking internet etiquette a little bit by not crediting my sources in cases like this one, but I confess that I just find context-less images funnier, etiquette be damned.

... and titles by my dad, Don Record. Who also did the titles for "The Candidate." And "Smile," which I believe - without Googling - was a Ritchie production too. Thanks for writing about the film.

Very cool, Tracy. The title sequence is one of my favorites --hugely influential on other movies. Yes, all three of those were Ritchie movies-- click next to his name in the credits here to see my write-up of Smile.

When I start my band I'm calling it Wonder Sauna Hot Pants. Though, to be honest, it's probably already been taken.

I worked with Michael later, but loved this picture. He was an incredibly smart guy, way, way above average. And a nice man who did generous things very quietly. The world is diminished without him now.