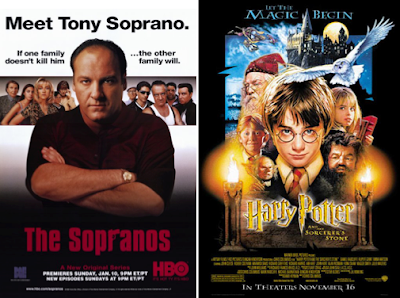 Nothing stops a story dead like a big dramatic, quirky introduction to a secondary character who doesn’t yet have any obvious connection to the hero. Don’t worry about loading up your secondary characters with lots of cool or despicable traits right away. Once we’ve gotten used to them, they can grow deeper and richer, but first let them naturally branch out of the linear story you’re already telling.

It’s too much to ask us to separately identify and care about an endless stream of new characters. Instead, just ask the audience to care about your hero, that’s it, then introduce all the other characters according to your hero’s point of view. Even if we’re cutting away to a villain that your hero isn’t aware of yet, they should still be defined by their relationship to your hero: usually as the negation of their philosophy.

As the hero meets each new character, there are certain predefined slots the audience will want to set them into:

Once you adopt this system, writing actually becomes much easier. You don’t have to make the audience care about every person, place and thing individually. The audience only cares about one thing: seeing the hero solve their problem. Since everything else in the movie is defined in relationship to that problem, the audience will naturally come to care about each of these things, too, simply by caring about that one thing.

Harry Potter and Tony Soprano were the stars of very different sagas but they were introduced in similar ways. Both sagas quickly became wildly complex, with lots of fully-rounded characters and satisfying subplots. But in each, every other character was defined at first by our hero’s feelings about them. (Only later would we come to disagree with his feelings about some of them). In each case, the sub-stories come alive for us only after they flow out of the hero’s story. He’s not just one of many characters getting thrown at us, he’s our point-of-view.

Could you maybe elaborate on this a little more? I don't remember the beginning of the Sopranos. I'm sure you're right I'm just curious how to introduce all your characters through the hero's opinion of them without falling into some cheap opening where they all kiss his ring and he whispers asides about them or something.

I think you're thinking of a scenario where the hero pronounces his feelings about each person (like the beginning of King Lear), but I'm talking about just following along as your hero tries to solve a problem and letting the audience catalog each character according to how they treat the hero the first time we see them together.

For instance, most Sopranos viewers eventually came to see Carmela as more sympathetic than Tony, but in the first episode Chase had a lot of chracters to introduce so he didn't risk taking us out of Tony's point-of-view. The moment that stands out for Carmela is when Tony's about to be sucked into the CAT scan and she harshly tells him that she's going to heaven and he's going to hell.

Chase knew he didn't have time to give a full, seperate, sympathetic introduction to each character, so in the pilot, the only question is "What is causing Tony's blackouts?" As we meet each character, we evaluate them only in light of that question.

I just wanted to let you know that both this post and the last are numbered "90".

Quick question, if big dramatic intros of secondary characters stop a story dead, then how come in your script for the George Clooney doctor story you were asked to make up intros for all the characters that sparkled and sizzled as much as your intro for Clooney (with the saline drip)?

I'm writing a fantasy book and now I'm a little worried about my big spectacular intros that attempt to make the reader interested in the character from the get-go (I wrote these with your Clooney script in mind). Have I misread your book Secrets of Story?

P.s. really looking forward to seeing more of your genius in Secrets of Character. April 19 is my new December 25!