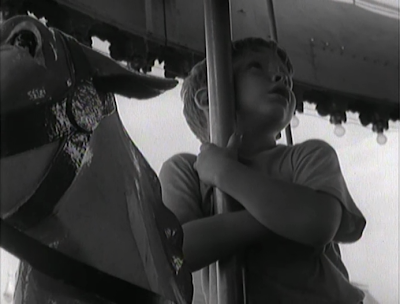 
The Story: When a Brooklyn single mom has a family emergency, she leaves her 12 year old to take care of her 7 year old. The older brother’s friends pull a mean trick and convince the 7-year old that he’s killed his older brother. Freaking out, the kid takes the emergency money and flees to live as a fugitive at Coney Island. As his money runs out and he starts to get scared, his brother conducts a desperate search…

How it Came to be Underrated: This was one of the few totally independent American movies of the ‘50s, self-made and self-distributed, meaning that almost no one saw it outside of festivals and museums. It has been rediscovered a few times over the years, only to disappear again. It was on VHS briefly, then it wasn’t on DVD for a long time. It’s always been a favorite among the lucky few who know about it.

If You Like This, You Should Also Check Out: Engel and Orkin somehow scrounged together the resources over the years to make two more excellent follow-up movies that are also well worth watching, Lovers and Lollipops was about a little girl, and Weddings and Babies finally left the kids behind for a story about a commitment-phobic photographer.

How Available Is It?: A year ago, this was on my not-on-DVD round-up, but now it’s on both DVD and Watch Instantly.

Today’s Post Was Brought To You By: Justice Traps the Guilty! 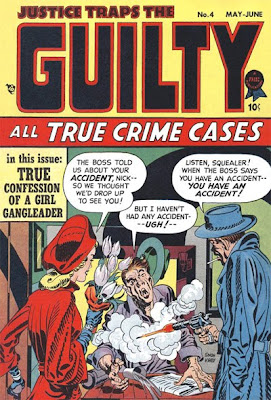 The title of today's underrated movie caused me to flash on a very different film that I saw once on TV, decades ago. It has little to do with today's film (except for having a major child character) but it reminds me in other ways of "Ball of Fire" (which you featured last week). Are you familiar with an old film featuring Margaret O'Brien (I think) where she, as a very young child, ends up being entrusted to an eclectic and eccentric group of professors? Does that ring any bells at all?

Nope, not at all. Anybody else?

Margaret O'Brien's filmography on Wikipedia lists Journey for Margaret (1941) as a possible lead.

Great review. I am a student . My hobby is cinematography and everything related to it.In order to devote more time to the hobby, I use the website proofread essay online more , where essay editors can help you improve your writing skills and get your assignments done faster.Customers are provided with excellent customer support and can get in touch with the customer support team at any time of the day or night. The professional level of the writers is also highly rated by customers. PaperHelp offers three different types of writers - the TOP class is ideal for more complicated projects - so customers can choose which writer to hire for their project.

Hi all, I've been thinking for a long time about how to combine study with work. My good friend advised me a site with law essay writing services https://essayhub.com/law-essay-writing-service. I was did not regret that I went to them. They are great professionals of their trade. The job was done perfectly, quickly and not expensive. I recommend everyone!