Books vs. Movies, Part 8: There is Only Do 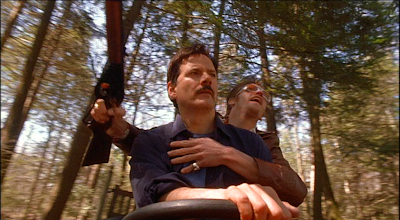 Movie adaptations of novels must find a way to substitute the invisible or internal drama of the book with visible or intrapersonal drama. Or, as Yoda would say: There is no try, there is only do.

The Secret Lives of Dentists is an adaptation of a book in which a dentist is trying to decide whether or not to confront his wife about her affair. This should be an impossible movie to make. How can we see that conflict onscreen? How can we hear it? Amazingly, the screenwriter makes it work, and he uses almost every possible tool...

Yes, he uses voiceover, but he goes much further: We see the hero’s dreams. We see his idle daydreams. We see his fever-driven hallucinations. We see his sexual fantasies. The character even creates another, imaginary character to debate the issue with, and we hear them talk it over. Eventually, the internal tension within the family is also visualized when it takes the form of physical illness and everybody starts vomiting. Now we have a movie. 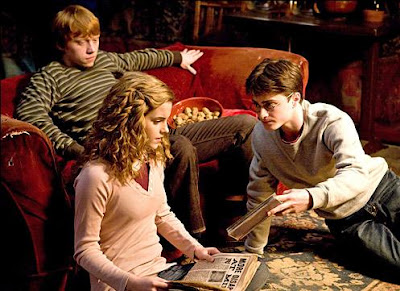 Think about how much easier it was to adapt the Harry Potter movies because of one simple decision Rowling the novelist made: Harry isn’t a reader. What if Harry did his own library research, and the drama in the books came from him working through these problems in his own head? This wouldn’t really change the feel of the books much, but the movie adapters would have been screwed. You can’t film that. But they were lucky: Harry never reads. He gets his friend to do the reading for him and then asks her to sum it up for him, while he argues with her about what it all might mean. Far more cinematic. If Rowling hadn’t invented Hermione Granger, then the screenwriters would have had to dream her up on their own.

Right now I’m adapting a book about an avid reader who is consumed by a lonely, internal dilemma which she cannot discuss with anyone else. Pity me. Do I invent a confidant? Will fans of the book accept that? Do I just use voice-over? Do I change the nature of the problem from one that must be solved internally to one that can be solved externally? Why, oh why, did I ever take this job? From now on, I swear to only adapt books about doers. Movies aren’t kind to thinkers.

Funny. I recall a conversation between the screenwriter for the first Harry Potter movie and JKR. Their favorite character was Hermione.