What’s the Matter With Hollywood, Part 2: Potential is Worth More Than Reality 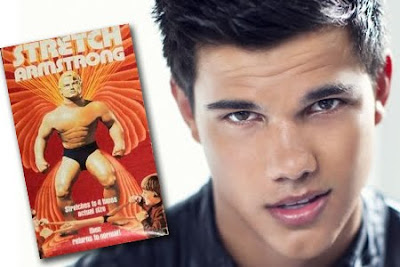 Before 1980, very few of the studios were owned by publicly-traded companies. The only way they had to make money was to make a good product and sell it. Then every studio either went public or got swallowed up by a corporation. Once you start offering stock in your company, you quickly realize that there’s more money to be made by selling your stock than there is by selling your product. Soon, whatever you make just becomes a tool to goose your stock price.

I’ve talked before about how embarrassing it is to try to create value from scratch, rather than merely trade back and forth value that already exists. Combined with the stock problem, this brings us to the #2 reason that movies have plummeted in quality: Potential movies are worth more than actual movies. If you create anticipation for a movie, it starts pushing up the stock price, and will continue to do so until the movie is released, at which point, unless it’s a massive hit, disappointment will set in and the air will leak out of the bubble. Perversely, a situation develops in which the most valuable movies are those that never get made at all.

This is the real reason that the studios prefer franchises to original scripts. When you announce that you’ve acquired a bit of value, and then add it to another bit of value, those two bits begin to mate in the minds of investors and multiply like bunnies. But if you announce that you’ve acquired an unknown quantity, like an original script, it’s inert. It doesn’t multiply.

There was recently a major announcement that Taylor Lautner from Twilight would soon star in an adaptation of the Stretch Armstrong “franchise”. Most people have forgotten it today, but Stretch Armstrong was a short-lived toy from the ‘70s: a rubber muscleman whose only notable quality was they you could stretch his arms out and watch them snap back.

What nobody mentioned, but everybody knew, is that they didn’t have any intention of making a Stretch Armstrong movie. Stretch never had a cartoon or comic. He’s never had a goal or a problem or a story. All he has is a name that people are vaguely familiar with, which also happens to be what Taylor Lautner has. Put these two bits of value together and you goose the stock price for a few days. That’s all. Sure, they’ll hire some lucky writers and pay them six figures each to write a few scripts, but the scripts will be terrible and the project will die.

Of course, that payday could have gone to a writer who actually had a story to tell. It could have created a new franchise from scratch, but while they were waiting for that franchise to materialize, the market would punish the studio for pouring money down a no-name black hole. And the market must be obeyed.

Tomorrow, we’ll look at the other horrible consequence of development being more valuable than the product itself…
Posted by Matt Bird at 10:15 PM

Before I believe this, you'll have to explain to me how a company makes money when their stock goes up. They no longer own it... they've sold it. That's why it's a public company, and not a private company.

The short version is: They want their current shareholders' stock to rise in price so that they can sell more stock at that price. All public companies withhold "treasury shares" and they benefit in many ways if those shares have a higher price.