Storyteller’s Rulebook #73: I'm Not Sure I Like Your Tone 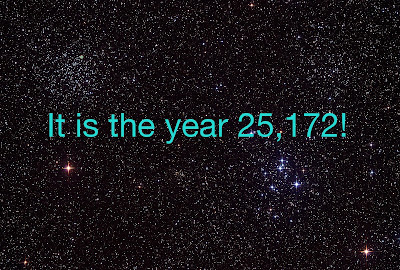 Let’s talk about tone, which is one of the trickiest and most elusive parts of writing any story. No one ever compliments you on your tone, but they’ll savage you if you get it wrong. A good tone is invisible. Bad tone happens when the audience assumes that your story will maintain a certain emotional undercurrent, then feels betrayed when you veer off in a different emotional direction.

Many writers fear tone. They want to be able to take the story anywhere and resent the fact that the audience might not be willing to follow along after them. But good writers can use tone to their own advantage. Tone is your tool for managing expectations.

Let’s go back in time and change just one thing about the movie Star Wars, before it gets released. What if, instead of “A long time ago, in a galaxy far, far away…” the opening crawl had started with the line: “It is the year 25,172!” Even if the rest of movie had stayed the same, I doubt it would have been as big of a success.

That opening line is brilliant. It de-fangs the audience. It says, “Holds on there, buddy, this may look like science-fiction, with space ships and lasers and robots, but it’s not. It’s a fairy tale. So don’t expect a lot of time-travel paradoxes or super-computers. Instead, you should expect princesses and swords and magical mentors.” Lucas was managing our expectations. He was establishing a certain tone, before we in the audience could start making false genre assumptions that would have just left us frustrated. 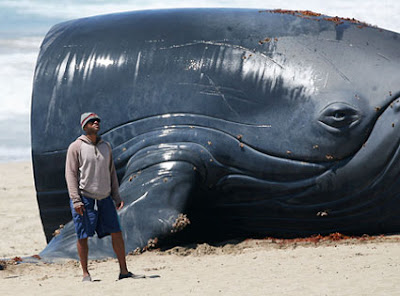 Of course, once you establish a certain tone, you have to deliver. No matter how bored you get, you can’t condition the audience to expect a certain kind of emotional pay-off and then arbitrarily deliver something else. The most infamous example of this in recent years was Hancock, which abruptly switched from jokey satire to grim-and-gritty epic halfway through, but it wasn’t alone. Most recent failed blockbusters, from Superman Returns to Indy 4 to the Star Wars prequels, suffer from this problem. Out-of-control directors randomly mix adventure with drama with horror with slapstick, annoying everybody and pleasing nobody.

Once you establish a tone, you make a promise to an audience. That promise can been a harsh taskmaster, but it can also reassure your audience that you know what you’re doing and you’re going to deliver. As long as you keep that promise in the end, you can roam the galaxy at will while you’re getting there.
Posted by Matt Bird at 8:34 PM

What about the new genre energy and innovation coming from the East, specifically Korea, where any given thriller might accommodate massive tonal shifts (sometimes even genre shifts) within the film and that is part and parcel of why these films are great, what the audience loves about them and how they'll influence American genre storytelling. I'm thinking of films like SYMPATHY FOR MR. VENGEANCE, MOTHER and I SAW THE DEVIL.

You've framed this question in terms of audience expectations and entertainment. And I mostly agree with you. But I think there's a crucial opening where it's not just the writer who might be getting bored with paying off the tone he's established, but the audience as well. The writers who learn how to tap into this new restlessness and find satisfying ways to shift tones and genres on a dime will be the ones who succeed in a future where people have literally seen it all before.

The failures you list, then, perhaps didn't fail merely because they shifted tone and defied expectations but because they did so most unsatisfyingly.

Good point: as with any rule, a skillful moviemaker can break this one in very satisfying ways if they know exactly what they're doing.

I loved a French move a few years ago called "Poison Friends" which was set up to be a thriller for the first half, but then the danger fizzled and it became a sort of coming-of-age movie for the second half. It should never have worked, but the filmmakers pulled it off beautifully.

Omg! I love POISON FRIENDS too! And of course in terms of genre mashing and tone shifting, there's always Tarantino -- though I deliberately left him out of my first post because he's a special case and I feel like the Korean approach is more organic and termite-artish and probably more ultimately useful as a model for more mainstream genre storytellers.

POISON FRIENDS is one of the few films I've ever seen about the reality of college as I experienced it -- as a serious intellectual endeavor. It's the only film I know of that even comes close to the territory of say, Donna Tartt's THE SECRET HISTORY, of which, I believe you're also a fan.

The downshifting from thriller to coming-of-age strikes me as tougher to pull off than most of the shifts I'm talking about above, which usually ratchet up the stakes and tension -- from crime caper to revenge thriller, for instance, or from serial killer film to serial killer revenge thriller.

There's another kind of highly tricky shift critic Robin Wood has noted in certain smaller independent films that start out as comedies but gradually transition into something much darker. He calls this a "disintegrating comedy."

Great point: it did a great job showing hardcore academic competition, which is very hard to portray and which you would never see in most college movies.

Another movie that occurs to me that RADICALLY shifts tone and gets away with it is "Little Murders", which I should cover here at some point.

This discussion reminds me of "My Best Friend's Wedding," which establishes a promise with the audience that it will be a run-of-the-mill RomCom -- until the ending betrays that promise. Everything about the movie -- casting, tone, marketing -- says that this is a formula movie. But in the end, the heroine ends up alone and full of regret. I find the film oddly fascinating, and get sucked into it when I find it on TV.

It's probably a similar fascination I have with the universally reviled "A Night In The Life Of Jimmy Reardon." It switches in the final scene from appearing to be a mediocre movie about a handsome bad boy and his friends, to being a significantly weightier movie about the boy's relationship with his father. But maybe this isn't about tone?

On the other hand, the type of tone shift you talk about ruined "Shaun of the Dead" for me. The first half established an expectation of zombies as satire. The second half was all about zombies as zombies.