The Meddler #7: Some Problems with Walk the Line... 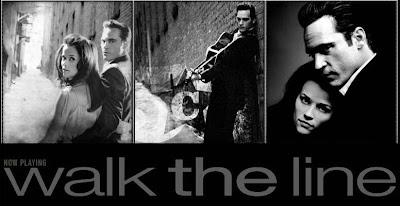 You recently heard me complain about “dirty laundry” biopics that focus exclusively on their subjects’ problems instead of what made them great. One example of this was the recent Johnny Cash bio-pic, “Walk the Line”. This was a good movie, with great performances from Joaquin Phoenix and Reese Witherspoon as Johnny and his wife June, but it seemed to me to ultimately miss the point of who Johnny was. Here were some of the problems I had:

So tomorrow, I’ll tackle my biggest Meddling project yet: a beatsheet for a substantial re-write of the whole movie, exploring my version of a better Johnny Cash bio-pic.