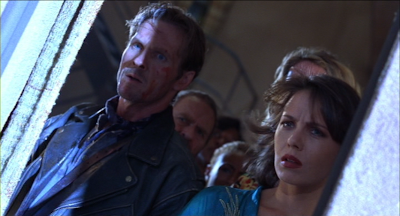 The Story: A wanderer who is being chased by a mysterious hunter takes refuge in a desert motel where he recruits the locals to make a last stand against an army of demons.

How it Came to be Underrated: I rarely cover horror movies on this blog, not because I don’t like them, but because they don’t get to be underrated for very long. Take a movie like Evil Dead 2, which seems to be the biggest inspiration for this movie. Horror enthusiasts, always hungry to tell each other about anything good, transformed it from a minor cult classic into a household name very quickly. So why has this one remained underrated? Because of its tangential association with HBO’s lame “Tales of the Crypt” TV show, which squandered the name of the legendary EC comics by transforming their grim horror into campy comedy.

How Available Is It?: It’s got a nice-enough bare-bones DVD 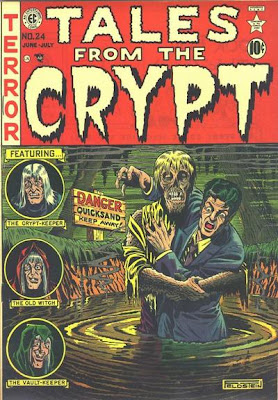 To be fair to the HBO series, there was plenty of (entirely intentional) camp in the original EC comics too, which went hand-in-hand with the ironic denouements and goofy puns.

Ha! The same friend who dragged me to the Kevin Sorbo Kull movie dragged me to this one, too, and I found both surprisingly entertaining. This movie made me a Zane fan (for a while, at least). I also left the theater thinking that Pinkett would make a good star of a "Martha Washington" movie (the Miller/Gibbons comics character -- like the Zane thing, this too lasted only for a while).

Dan, I know you're a bigger fan of the show than I am, but I would say that this case shows the difference between high camp (they care so intensely that they don't care how ridiculous they look) and low camp (they're letting you know with a wink that this is ridiculous but they don't really care).

Oh, but the comics totally knew they were ridiculous (even though they loved what they're doing). Look at the way they turned "Good Lord... choke!" into an in-joke.

As for the show, I wouldn't say I'm a fan -- although there were individual great episodes (usually when they pulled in a big-name director to toss one off).