The Hero Project #30: Putting It All Together!

Did you spot it? In yesterday’s post, I pointed out that there was an unacknowledged discrepancy in the “change” and “individuation” arcs that I laid out before. Even though I claimed that these were two different ways of looking at the same events, I actually moved one event… In the “change” arc, I had put the hero’s lowest point at the midpoint of the movie. But in the “individuation” version, I moved the lowest point to the three-quarters mark. You blog readers, who play the role of my therapist, listening to my daily confessions, should have jumped on the discrepancy. Every therapist knows that the big breakthroughs hide inside minor discrepancies…

At the time, I just ignored the difference, even though I should have dug into it and tried to figure out what it was trying to tell me. Did it mean that movies with an earlier “lowest point” were change-movies and those with a late “lowest point” were individuation movies? Or could it mean that the same hero can be on two different simultaneous arcs and will hit two different “lowest points”, one external and one internal? This week’s pieces have unexpectedly forced me to go back and deal with this discrepancy. Because now I think I have the answer. I’m ready to offer an all-new integrated change/individuation arc! Try to contain yourselves!

Yesterday, I considered the possibility that every hero is a Luke (an inherently good person who thinks he’s a failure, then learns to know his own strength) or a Han (a moral failure who thinks he’s a good person, then finds he has to change his ways). But actually, most heroes have aspects of both arcs. Even Luke and Han aren’t all-Luke or all-Han, since they each get more complex over the course of the trilogy. By the third movie, Luke is on a change arc (going from wanting to kill his father to trying to save him) and Han is on an individuation arc (learning to accept and own the heroic, love-smitten role that had grated so badly against his instincts in first two movies) 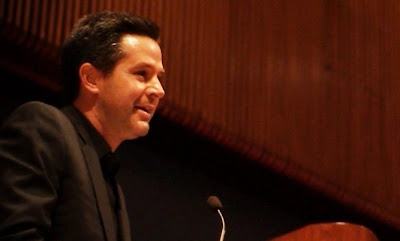 Considering this, something that superstar writer Simon Kinberg once told me suddenly came back to me. (I think he said that he was quoting someone else, but I don’t remember who.) Simon said that every hero should first be endangered socially, then physically, then spiritually. I realize now that this explains the discrepancy in my multiple lowest points. The midpoint is the hero’s lowest point in terms of safety, but the three-quarters point is their lowest point spiritually! And of course, their social-jeopardy lowest point would be the inciting incident itself! Suddenly, a whole new unified structure appeared to me out of the mist… Behold:

Okay, Let’s try it on Luke…

Let’s try it on Han (Han is only in the second half, so everything is foreshortened):

This works! The same structure can describe both change and individuation! This is rock solid, baby! This changes everything. Now I want to go back to every movie I’ve ever seen and re-map them onto this new paradigm. Or… even better, write some great movies that use it!
Posted by Matt Bird at 9:58 PM

Holy crap. Now I have to rethink everything about the novel I just finished writing. Masterful, Matt.

So if we're your therapists, you owe me a hefty check for all our sessions so far!

Great work as usual. Be sure that you also find time to write your book on screenwriting/storytelling. Or more or less just collect the "book" you've already written in these blog posts.

How would you apply this to a character that doesn't go through any sort of transformative arc, like Clarice Starling or Dr. Richard Kimble?

Gotta disagree, anonymous #2. I would say they both go on pretty big arcs (and both arcs are half-change/half-individuation)

Silence of the Lambs:

1. First quarter: Clarice is the best recruit in her class, but she thinks that the only way to succeed is to hide her accent and her hick past, becoming a by-the-book agent.

2. Inciting incident: Clarice is asked to interview Hannibal Lecter in case he knows something about Buffalo Bill. He sees through all of her self-deceptions, but might be able to help her career, so she decides to engage with him anyway....

3. Second quarter: Clarice gets information out of Lecter by telling him lies. He seems to be duped and leading her in the right direction…

5. Third quarter: Clarice realizes that she’ll have to go off-book and start telling Lecter the truth, finally confronting her painful past, in exchange for his true cooperation. She gets better tips about Buffalo Bill in return…

6. Spiritual crisis: Lecter escapes and she feels responsible, making her wonder if it was all worth it.

7. Final quarter: But it is all worth it. Lecter’s tips and her own newfound willingness to own up to her past allow her to find Buffalo Bill in a rural area much like the one she ran away from, while the rest of the FBI is looking elsewhere.

The Fugitive has an odd structure because it’s a co-protagonist movie (like Star Wars). Half of Richard’s arc is rushed through in the first quarter of the movie, allowing Girard’s arc to dominate the second half of the movie.

1. First quarter: Rude Richard Kimble has no interest in making a good impression at a hospital party, ignoring his friends and talk of health industry politics, wanting to go home and be alone with his beautiful wife.

2. Inciting incident: Richard’s wife is killed and he is convicted of the crime. He gives up until a train wreck frees him. He runs. (this is all cut together so fast that it feels like one big incident)

3. Second quarter: Richard tries to run away, but realizes that Girard will never stop chasing him.

4. Midpoint crisis: Richard leaps off the waterfall and almost dies.

5. Third quarter (aka most of the movie): Richard stops running away and heads back to Chicago to reinvestigate his wife’s death, despite the fact that this places him in the greatest danger. Along the way, he tries to change himself into a hardened fugitive but it doesn’t take: he helps others in a hospital, even though it almost gets him caught...

6. Spiritual crisis: Richard realizes that his best friend killed his wife due to health industry politics. Guess he should have paid more attention!

7. Final quarter: Richard confronts but fails to capture his friend, but Girard shows up and arrests the friend instead of Kimble. By valuing health and justice over escaping, he’s made a good impression on Girard, who now knows he’s innocent.

What the heck...my mind just got blown.

This post inspires me to be a smarter person.

Oh and uh, whoever Matt Bird was just writing to got absolutely pwned.

This is great. I think you could argue Dicken's A Christmas Carol follows this pattern with the three ghosts - socially, I'll say more personally rather than physically, and finally spiritually. To change scrooge from the inside out, Dickens worked in from the outside.