It’s one thing to learn what a world is like, whether it’s spies, cops, ballet dancers or brokers, but it’s another thing entirely to learn and reproduce the jargon. At one point I read the pilots for “House”, “CSI” and “The West Wing” in one sitting and the number one thing that stood out to me was how jargon-y they were, to the extent that the average reader couldn’t understand half the script. Wouldn’t that alienate the audience? Nope, viewers love jargon. It makes them feel like the characters (and the writers) know what they’re talking about.

So how do you learn all this stuff? My first step is always to read some memoirs by people in this profession, but be forewarned that the language in memoirs gets cleaned up. It’s great to find a reality show or documentary about these sorts of people and transcribe how they talk in the heat of the moment when they’ve forgotten the cameras are on. 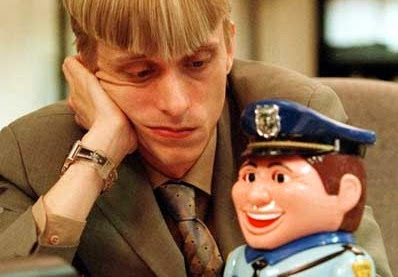 One nice trick is that once you’ve learned the jargon of several professions, then you can mix and match. A programmer could talk like a soldier, implying he takes it too seriously. An actual soldier could talk like a quarterback, implying he doesn’t take it seriously enough. An artist could talk like a lawyer. A boss could talk like a therapist. This is a great way to get them to reveal their character unintentionally. Gareth on the original version of “The Office” was a paper salesman who spoke like a military commander, which told us everything we needed to know.

While you’re at it, get to know the internecine conflicts within every subculture. Every position in every job respects some co-workers, and despises others. Again, these squabbles are, for the most part, not in the memoirs, or they get glossed over. But as you read, keep an eye out for phrases like “I don’t want to get in any topskimmer vs. uprider issues here, so instead I’ll discuss…” This is likely to be the only mention of this tension (between two words I just made up) that you’re going to get in a memoir, but at least they’ve given you some keywords to google. Dive into the message boards where they’re actively debating this stuff and don’t come up for air until you’ve got a handle on it. Don’t write a war movie unless you know what Sergeants tend to presume about Sergeants Major, and vice versa.
Posted by Matt Bird at 9:02 PM

Just wanted to say: I'm mostly a lurking, but I'm also an eager reader and regular reposter. I'm not a screenwriter, nor am I aspiring to be a writer of any kind, but I absolutely love reading your advice. It helps me clarify my own thoughts about stories and sharpen my understanding of what makes a good one. So thank you for writing this blog, I really enjoy it.