Storyteller’s Rulebook #63: If They Hang Themselves, It Should Probably Be Accidental 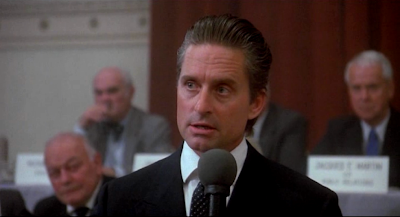 When it’s time to define your villain, it’s always tempting to write a “Greed is good” speech, where the character brazenly owns up to their own rotten philosophy. But that scene worked well in that movie because the whole point was how brazen it was. The movie was saying: “The bad guys are winning, and they’re winning by such a big margin, that now they can openly brag about it.” But 99% of the time, people don’t do that. They don’t tell you they’re out to screw you. You have to guess. So resist the urge to write the “I’m bad” speech. Learn how to write the “I’m good” speech that nevertheless makes the audience suspect that the speech-giver is actually very, very bad.

I love dialogue where someone thinks they’re making one point but they’re actually making the opposite. Like the hapless groom in About Schmidt who protests “It’s not a pyramid scheme!” so many times that we become convinced it must be a pyramid scheme.

The temptation is always to make any character, good or bad, more sympathetic by making them more self-aware, but un-self-awareness can also be very compelling. The Coen Brothers would probably be the ultimate example. They’ve made a career of getting us to care about un-self-aware good guys and bad guys. It can be done. Neither Marge nor Jerry in Fargo understands much about their place in the great big scheme of things, but that doesn’t stop them from being pretty good examples of good and evil.

But even if the villain is self-aware, let them resist the urge to boast about it, unless that’s the whole point. Wall Street captured one brief moment in our history where the villains were openly bragging about what they were doing, but a far more timeless portrait of such villainy was seen in There Will Be Blood. We know that Daniel Plainview is evil because we see how his ruthless actions belie his conciliatory rhetoric, not because he warns anybody that he’s going to screw them over. 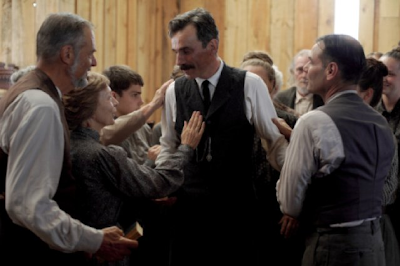 Classic example in poetry of the bad guy who thinks he's good:

The Duke indicts himself far more effectively than anyone else could.