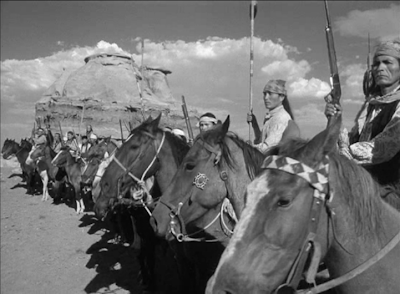 
The Story: A strict martinet, with his daughter in tow, takes over a remote Arizona army base where there’s much camaraderie but lax discipline. He refuses to listen to his more experienced men, who are attempting to maintain an uneasy truce with the Apache, and instead he uses their peacemaking efforts to lure the tribe into a trap, with disastrous consequences for all.

How it Came to be Underrated: This movie is often paired with two subsequent Wayne-Ford movies, She Wore a Yellow Ribbon and Rio Grande as the “cavalry trilogy”, (only the latter was an actual sequel) but it’s far richer than the other two, right up there with Ford’s greatest masterpieces.

If You Like This, You Should Also Check Out: This movie makes a nice companion piece to Wayne’s final (and perhaps greatest) movie with Ford, The Man Who Shot Liberty Valance. The ending of this one prefigures that movie’s famous “print the legend” conclusion, but this one is even more cynical, in its own way.

How Available Is It?: It’s on DVD, Watch Instantly, and it shows up on TCM a lot, looking gorgeous in HD.

Today’s Post Was Brought To You By: Dang Me If It Ain’t A Dinosaur! 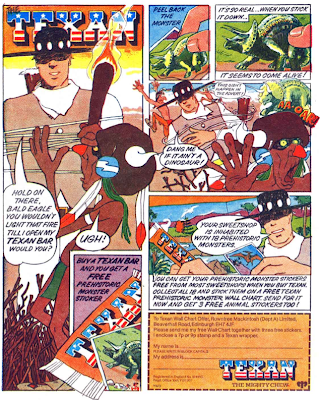 Is this the first Ford film you've written up? Hope there will be others. Saw STAGECOACH again on Criterion Blu-ray over the holidays and was blown away by it. Also caught WAGONMASTER for the first time last year. Westerns in general present a great opportunity to study story, as the conflicts are primal, the settings harsh and the heroes easily find themselves on their own.

Yet another single-father who lives with his single-daughter, due to an early death by the girl's mother.

When does this ever ever ever happen in real life?

No wonder there are no parts for older actresses!

Anonymous, I haven't done much Ford because not a lot of them are underrated! I'm thinking about adding a new category called "Master Class" so that I can look at more movies that are universally beloved.

Re: the Hollywood prevalence of single fathers raising their daughters alone, I've long suspected that this is a manifestation of guilt, conscious or unconscious, from absentee Hollywood fathers. Just a guess.

I agree it's the best of the so-called 'cavalry trilogy' and it is under-rated Ford. The conflict between Fonda and Wayne contrasts to the soldier/natives conflict and brings out the best in both actors. Among Ford's finest (which is saying something!).

Good post but I was wanting to know if you could write a litte more on this subject? I'd be very thankful if you could elaborate a little bit more. Bless you!marketing a business in singapore