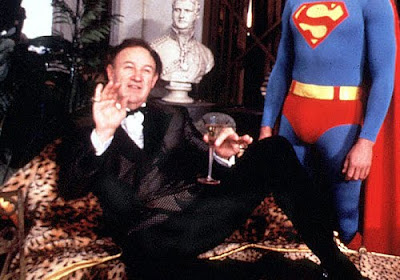 Last time, I said that stories should always refect the way the world works, but of course there are dozens of exceptions. There are certain literary conventions that have become so ingrained in us that we now fail to see the problem. In fact, it would seem weird if we saw a more common-sense presentation.

Here’s one that I call “The Mastermind Fallacy.” In fiction, the cops always have a breezy contempt for dumb crooks, but they’re terrified of criminal masterminds. When the phone rings and the cool voice of a master planner is on the other end, their blood suddenly runs cold. There’s just one problem. This is not the way the world works.

In real life, the exact opposite is true. Cops actually love smart crooks who have figured out all the angles. First and foremost, because they tend to be non-violent. Violence is always a dumb move, after all. But furthermore, they love criminal masterminds because they’re actually rather easy to catch. Their actions are logical. They act in the most advantageous way, which is never that hard for the cops to guess. On the other hand, cops tend to be terrified of dumb crooks, who are often violent and totally unpredictable, making them very hard to out-maneuver. In fact, a cop’s biggest fear is a criminal who is whacked out of their mind on drugs. Who knows what they’re going to do? Who know who they’re going to hurt? Who knows what twisted logic will make sense to them?

So if writers are always supposed to reflect the way the world works, why do they have a big blind spot here? Because mastermind-type stories, while totally illogical, are just too much fun to give up. And marauding meth-heads are no fun at all. And this has been going on for so long that it isn’t likely to change anytime soon. But… this fallacy is one of those exception that proves the rule. Truth be told, you can break any of these rules I toss around, but only if you know why you’re doing it, and if you acknowledge that you’re entering shaky territory.

Before entering into a business partnership with someone, you need to ask yourself why you need a partner. If you are looking for just an investor, then a limited liability partnership should suffice. However, if you are trying to create a tax shield for your business, the general partnership would be a better choice. mastermind pages

We've taken a look at using Dynamics Business Central for manufacturing in this article. I've had the opportunity to oversee the implementation of this system in more than 50 companies, and so far, so good. click here

Right now, many people choose Medicare Advantage plans because they have zero premium. When given a choice on Medicare plans, they view it as an easy choice because it's a free program for them, "Sure, I get Medicare benefits, I don't pay anything for it; why not. how long do it take cbd capsules to work