Underrated Movie #104: Where the Sidewalk Ends 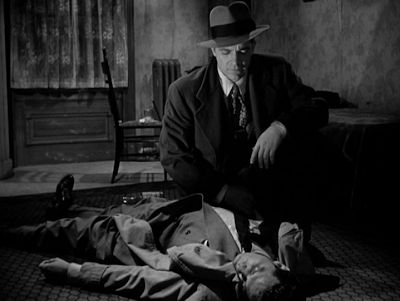 
The Story: Andrews already has one brutality-complaint too many against him, so he’s really in a jam when he punches out a war hero with a plate in his head who falls down dead. He tries to pin the body on a sleazy mobster, but accidentally frames the cabbie father of the one woman who understands him.

How it Came to be Underrated: This movie has always suffered in comparison to an earlier noir with same leads and director, Laura. That classic is a glossy high-end noir, while this one was a low-budget quickie, so it never could match up.

If You Like This, You Should Also Check Out: Most people just know Tierney from Laura, but this and Leave Her to Heaven prove that she belongs with the best of the noir dames.

How Available Is It?: It’s on DVD and Watch Instantly, which has a very nice print for once.

Today’s Post Was Brought To You By: The Murderer Was On The Jury! 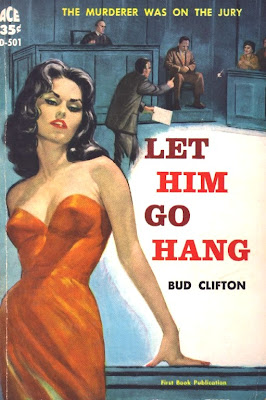 I'd say Preminger was underrated in general. And that WHERE THE SIDEWALK ends holds up much better than LAURA.

How about that shot in the parking garage elevator? Or the final moments when the protagonist has to make his fateful choice--he could get away with it if he wants, but then he'd have to live with himself.

Otto was a darling of the New Wave critics with Godard swooning over shots in some of these old noirs and then casting Seberg out of BONJOUR TRISTESSE. I've caught up with a number of Preminger films in the past year and really enjoyed ANGEL FACE too. And ADVISE AND CONSENT seems barely to have aged at all. It's one of his one later, longer film whose length seems entirely justified.

What I really love about the ending is that we're left with the knowledge that, if the movie had ended three minutes earlier, then it would have been WAY ahead of its time in terms of breaking the code, and I think Hecht and Preminger wanted the ghost of that possibility to linger in our heads.

Another movie from this era with real police brutality: On Dangerous Ground.