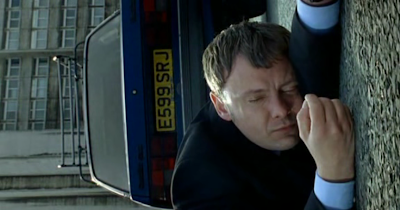 
The Concept: Ultra-modern Manchester police inspector Sam Tyler is trying to catch a killer in 2006, but he gets hit by a car and wakes up in 1973. In this alternate reality, he is still on the force, but one that is scientifically and ethically in the dark ages. At first all he cares about is getting back, but he soon notices that the 1973 police cases have strange little connections to his own work back in 2006. He comes to suspect that he will have to solve their mysteries in order to solve his own.
How it Came to be Underrated here: ABC bought up the remake rights, which kept this off DVD in America until the remake had thankfully flopped. The original did appear briefly on BBC America but they would cut every episode down from 60 to 40 minutes! 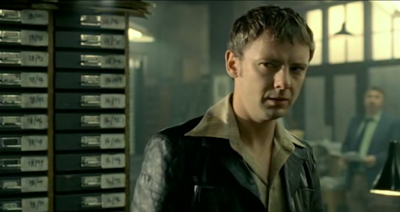 Sample Episode: 1.1, Pilot
Writer: Matthew Graham
The Story: Sam arrives in the past and solves his first case, but he comes to suspect that if he destroys evidence in the past, he can keep the killer from getting out in his future and killing someone close to him. This is, quite simply, the best damn pilot episode I’ve ever seen of any show ever. It’s so smart and quick and rich that it blows me away every time.


Why It’s Great:
What the Remake Did Wrong:
How Available Is It?: It’s finally available on DVD uncut here in America. Make sure to avoid the remake.
But Don’t Take My Word For It:
Posted by Matt Bird at 1:27 AM

Speaking of John Simm, the original "State of Play" would make a great entry in this series.