Storyteller’s Rulebook #52: Heroes Should Tackle Their Own Problems Too

Until the last vote is counted! 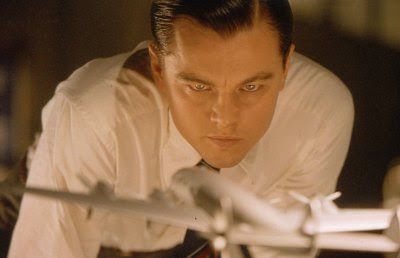 I’ve previously stated my preference for heroes who do the job out of some sense of civic duty, not just revenge. It’s okay for a real hero to help out strangers, and not every problem has to be personalized. But you shouldn’t go too far in the other direction either. If a goal is too abstract, or the hero is trying to solve a problem that doesn’t affect them or their community at all, then it gets a little fishy.

Over the years, a lot of filmmakers thought that a Howard Hughes bio-pic would be a sure thing. After all, the guy did a lot of stuff! He invented airplanes, made movies, dated actresses, went crazy… That’s a pretty easy way to fill up two hours, right? But movies aren’t about a lot of stuff. They’re about one big problem. Hughes’ tendency to drift from project to project actually makes him poor material for a biopic. When Martin Scorsese finally tried it, the movie fell flat on its face.

It’s not that Hughes didn’t have one big problem. He did: his crippling OCD. And a film about his fight against that disease might have been interesting, but in The Aviator, Hughes never even attempts to solve his own problem. He never goes to a therapist or confronts his childhood traumas. We do see him struggle to ignore his OCD symptoms long enough to pursue other goals, but we don’t really care about that struggle because those secondary goals are never important to us.

In the first half, he makes a big expensive movie, even though the other moguls don’t want him to. Well, okay, but why should we root for him to do that? We know it won’t help his problem, or anybody else’s. In the second half he finally decides to help other people. How? He fights a corrupt senator to de-monopolize transatlantic air travel. Once again, he achieves his goal. But so what? What are the stakes if he fails? Slightly more expensive flights? I guess it’s good that he wants to solve somebody’s problem, but all we want to see him do is solve his problem.

Hughes struggled to overcome a lot of external obstacles, but he never seriously tried to confront his internal conflict. As a result, his life was full of incident, but little of it had any meaning. All the obstacles in the world will never add up to one real conflict.