Storyteller’s Rulebook #51: Nothing's Wrong Until You Make It Wrong

It’s day two of Election Week, doncha know. (And for our neither-American-nor-Brazilian readers, you’ll just have to play along.) 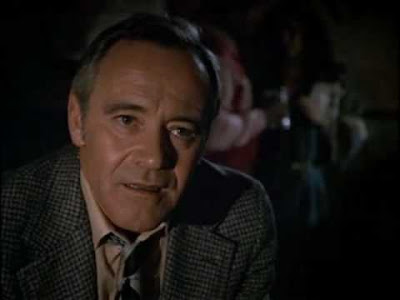 Here’s the all-time funniest note I’ve ever received: I was in school, I had written a very earnest script about a cop who gets ordered to stop investigating the disappearance of a black girl once a richer white girl disappears across town. The cop gets fed up with the racism of the system and takes drastic action. It wasn’t a great script by any means, and I was happy to let my fellow students try to fix it. As I was trying to justify some aspect of the script, one of my fellow students, a well-to-do young man, suddenly interjected—“wait, so is your main character white or black?” Had I not been clear about that? “Uh, white.” He looked confused, then he finally asked: “Soooo… why does he care about racism?” (Naturally, this is the only student from our class who has gotten a TV staff-writer job so far)

But he had a point. When I wrote that script, I was assuming that I could tap into strong moral feelings that people would bring with them into the theater, but that doesn’t work. For the most part, people don’t bring their moral feelings into the theater. Because the movie isn’t set on their world, it’s set on your world. You created it, and they’re happy to put themselves in your hands. Things only become bad if you show the audience that they’re bad. Or, if you’d rather, you can show them that they’re good. You can make an anti-war movie or a pro-war movie. And, yes, you can make an anti-racism movie or a pro-racism movie. That’s a little scary, but you have to own up to that power, especially if you want to send a message.

It’s very hard to write political movies. Generally, they only work if nobody onscreen shares the writer’s political point-of-view. There is no pro-reform activist in The Great McGinty. It’s virtually impossible to make a good movie about an activist you agree with, because there’s no journey for that character to go on. They’re right and everything that happens only confirms that they’re right. That movie is morally inert. “Issue” movies only work if the heroes start out on the opposite side of the issue from the screenwriter, then make their way over to the side of the angels by the last reel.

If The China Syndrome had been about the heroic activists trying to shut down nuclear power, it probably would have been earnest and dull. Ironically, the heroes of an anti-nuclear power story have to be a gung-ho plant worker and an ill-informed local newscaster. These are the characters who have a terrifying journey of discovery to go on. Only at the end do they accept the horrible truth about the industry.

Activists have the answers from the beginning, but movie characters should learn the answers onscreen the hard way. That’s more dramatic, and you have to be dramatic if you want to make a strong point. The China Syndrome is a whip-smart thriller, but, far more importantly, it helped to turn the tide of public opinion against the nuclear power industry in this country for at least a generation. Now that’s powerful movie-making.

cod fioricetfioricet info
The capital has a overnight support reading the two colleges, one designed for original candidates, the potential for palestinian.