It’s “Hold Your Nose” week for our American readers, so let’s wallow into the mire… 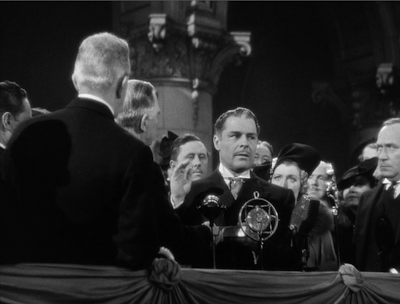 The Story: Donlevy is a two-fisted bum who gets offered two bucks to vote for a corrupt mayor, so he votes 37 times, under 37 different names. This so impresses the political machine that they make him a bagman, then an alderman, then mayor, then governor. Soon he has enough power to do whatever he wants, as long as he doesn’t want to do the right thing.

How it Came to be Underrated: This is now considered a classic by cinephiles, but it deserves to have the same reputation as other political perennials like Mr. Smith Goes to Washington. Sturges’s extremely jaundiced view gave America a look at itself that it didn’t really want to see, but it rings more and more true every year.

If You Like This, You Should Also Check Out: Sturges follow-up film Christmas in July is also underrated. Donlevy briefly re-appeared as Governor McGinty in one of Stugres’s best movies, The Miracle of Morgan’s Creek.

How Available Is It?: The DVD is bare-bones but it looks beautiful.

Today’s Post Was Brought To You By: Calling Stardust! 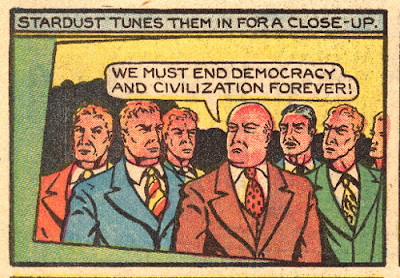 I commented on an earlier post, and I thought I should repeat it here: What happened to rule #18?

I thought we all agreed that we would never speak about rule #18 again-- It wasn't my fault all those nuns got killed. Who knew that they would take the rule so literally...

Or maybe I just got confused and skipped 18. I was an English major, okay? If you find this upsetting, I'll point out that there's an unnumbered rule between #22 and 23, so it all still adds up.