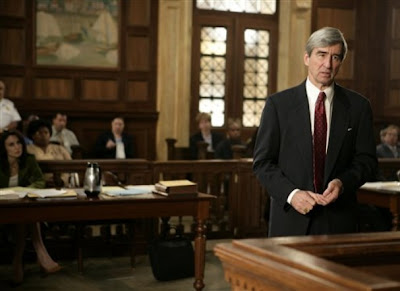 As I watched a bunch of TV pilots last week, I noticed that one of the big problems that killed the stillborn crime dramas was a continued obsession with evidence at the expense of ambiguity.

Once upon a time, you could have a show like “Law and Order” in which they got their convictions the old fashioned way, without ever “confirming” the truth. They didn’t empirically prove the guilt of the suspects with any one piece of damning evidence—most of the time they never even got the satisfaction of a confession. They presented a theory of the crime to the jury (and the audience) and hoped for a guilty verdict. By the time they got to the third version of “Law and Order”, the producers had lost their faith in trials and the only satisfactory conclusion was a full confession, which provided more closure. Then came the CSI shows, and they showed how much more satisfying it was when you could “scientifically” prove guilt or innocence. I loved the original episodes of CSI, but the problem was that that standard of proof proved so seductive to network execs that they started demanding that it be applied to all shows, even ones where it doesn’t fit—in fact, they seem to demand it especially on shows where it doesn’t fit. 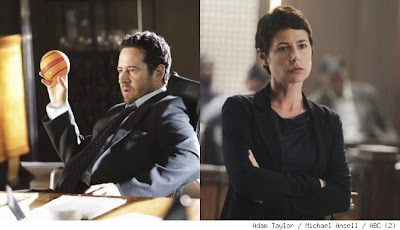 “The Whole Truth” is a great concept for a TV show: what would happen if you intercut Perry Mason with Sam Waterson? We see the same case from the point of view of both the defense and the prosecution. This is a marvelous engine for generating ambiguity and possibly even profundity. When we’re with the prosecutor, the accused should look like a monster and the defense like an oily liar. Through the defense’s eyes, however, we see an innocent person falsely railroaded by an out-of-control police state. We’re used to agreeing with whoever’s show it is, but if we have to alternate we should get a pleasant sort of moral whiplash. Even better if we end up with an unexpected verdict that upsets the pieties of both sides.

But the actual show, produced by Jerry Bruckheimer of CSI fame, runs scared from its own premise. In the pilot, at least, the accused is pretty clearly guilty the whole time, the prosecutor (the great Maura Tierney) is justifiably righteous, and the defense (Rob Morrow) is a blasé weasel who doesn’t really want to get the guy off-- he shrugs when he loses. So much for ambiguity. But where the show really drove me crazy was the tired over-reliance on lock-solid evidence. As is almost always the case on these shows the victim is a highly-sexualized young woman. Her attacker took the crucifix from around her neck. Tierney announces early on, in dialogue that was pretty clearly put in her mouth by Bruckheimer, not the writer, “So the cross is the key to the whole case, whoever has it must be the killer!” As soon as I heard this, I knew that she would never find the cross, but we the audience would see it at the end and know for certain who did it. That’s just the sort of thing they love to set up and pay off. 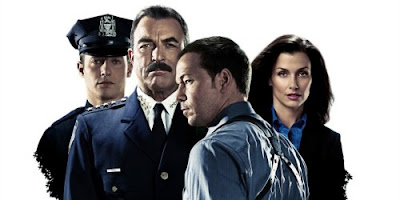 Another pilot, “Blue Bloods”, wanted to establish that they will debate police tactics on the show, so they simply borrowed the plot, beat by beat, from the pilot of “The Shield”: a young girl is kidnapped, detectives have a ticking clock to get her back, they beat up a suspect to get the info, save the girl, and then debate whether it was worth it. On “The Shield”, this was all a clever trick: they intentionally created the sort of extreme (and extremely unlikely) situation that might “justify” a beating in order to get us thinking that Vic Mackey was a necessary evil, then walloped us by having Mackey murder a fellow cop. They were letting us know that we would never know who to trust on that show.

“Blue Bloods” does the opposite: they bend over backwards to make sure we agree with the abusive detective. Yes, they pause for a little straw man debate about torture, but then they resolve the debate by finding additional evidence that’s “clean”. What evidence? Well it turns out that the victim was yet another catholic schoolgirl with yet another crucifix necklace and once again the killer kept it! On “The Whole Truth” the cross still had the victim’s blood on it. Here the victim’s name was inscribed on the back! That settles that!

This is nothing new. A few years back, there was a great pilot that never aired for a detective show starring Stanley Tucci. The creator, playwright Teresa Rebeck, had been writing for “Law and Order: Criminal Intent” but she got tired of how neatly she had to wrap up each week’s story with a full confession. She wanted to do a “Rockford Files”-type show with Tucci as a morally conflicted whistleblower-cop turned private eye. In the final scene, Tucci confronts the killer and catches him in a lie on tape, collecting enough proof to hand over to the cops. But the network drove her crazy with notes insisting that there be a piece of evidence that Tucci confronted the killer with that visibly proved that he did it. She pointed out that then there was no need to catch the killer in a lie, but they thought that talk was cheap. By the time the network decided not to pick up the pilot, Rebeck was half-glad.

So where does this obsession with evidence come from? I think it has a lot to do with what’s happened in this country over the last 20 years, which I’ll go into tomorrow.

I'm told that the obsession with evidence is undermining actual trials, when the jurors expect that the CSI standard is the norm.