The Hero Project #19: The Ultimate Question 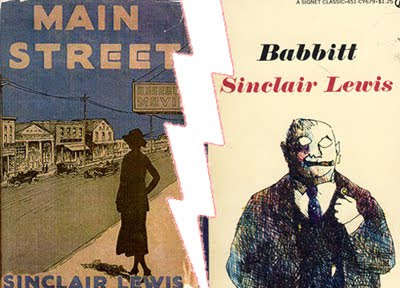 Yesterday, I listed 25 questions you should be able to answer about your hero before you start them on their journey. But it all boils down to the biggest question of them all: Why him? Why her? Why is this person the hero of your story? Because they’re the best? Because they’re the most interesting? Because they have the most unique point of view? Do you even know? What you must know is this: You’re going to have a very hard time getting your audience to care about a hero unless they’re more extraordinary than their surroundings.

But this brings up another important question: what about all those people who don’t make it into the superlative section of the yearbook? Don’t they deserve to have their stories told? Why aren’t we allowed to write about them?


Yes, they deserve to have their stories told, too. But you have to understand that it makes the writer’s job a whole lot harder. Audiences are hard-wired to care about extraordinary, proactive people who try to solve their problems in unique ways. And they’re hard-wired not to care about ordinary, passive people who succumb to their problems in generic ways. (You know: people like you and me). Are you good enough to overcome those prejudices?
Main Street by Sinclair Lewis is one of my favorite novels. It was a daring and revolutionary book in many ways, but it didn’t break the cardinal rule. In the hick town of Gopher Prarie, the one person we are most likely to care about is Carol Milford. She’s far from perfect, but she’s the smartest, the most sophisticated and the most compassionate person in town. Nobody every wonders “Why did Lewis choose her to be the heroine?”

But after the massive popular and critical success of Main Street, Lewis wrote another great novel that was similar in tone, but wildly more ambitious. Babbitt is the story of George F. Babbitt, a typical small-city businessman mired in the petty pursuit of Chamber of Commerce boosterism. Unlike Carol, George is a chump. And there is no point-of-view character who might allow us to examine him from afar. There’s nobody else to root for. Lewis asks us to care about George, even though there’s no good answer to the big question: “Why him?”. After Main Street, Lewis knew he was good, and he set out to determine how good: could he make people care about a bland little man? The answer was a big yes—the book was another hit with the public and the critics, and the character is so well-remembered that his name has become a word in the dictionary. But…few people love George, or Babbitt, they same way that they love Carol and Main Street.
Not everyone in life can be a hero. And not every story needs to be about a hero. But it’s hard enough to get audiences to care about anybody. Even if they’re a somebody. And it’s especially hard if they’re a nobody. You’re stepping into the boxing ring with one hand tied behind your back. If you’ve been the champ for a few years, and ordinary challenges bore you, maybe you can be courageous and try it. But if you’re not the champ, be prepared to wake up on the canvas, asking “what happened?”
Posted by Matt Bird at 12:04 AM

I found the current movie Get Low to be quite disappointing, because the film makers could not make up their minds whether they were telling a tall tale (Look at this wacky guy and the wacky things he does!) or a tale of redemption, forgiveness, and atonement (wherein Felix Bush's past sins are uncovered and dealt with appropriately.)