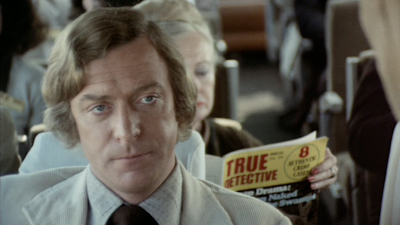 The Story: A blasé pulp novelist is hired to ghost-write the memoir of a mobbed-up Hollywood star in exile, who claims that people want to kill him. Nobody believes him, but then bodies start to pile up.
How it Came to be Underrated: After the success of ultra-gritty neo-noir Get Carter, the writer/director, the star and the producer reunited to make this nutty follow-up, which bitterly disappointed their fans. It still hasn’t found its audience.

Why It’s Great:
If You Like This, You Should Also Check Out: Hodges was not able to re-create the success of Get Carter for thirty years, when he finally scored with another tough little noir called Croupier, which helped make a star of Clive Owen. You can’t blame this movie for the whole drought, however, he really wrecked his career with the truly terrible Flash Gordon.

How Available Is It?: It has a bare-bones DVD

Today’s Post Was Brought To You By: Baffling, Breathless Crime Novelette! 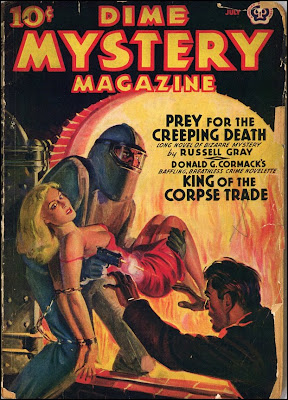 "Can a film have an unreliable narrator?" Does Mulholland Drive count?

Well, presumably after she "wakes up" than it's reliable. I'm always looking for examples in which everything we see on screen is dubious.

Haven't we discussed "Election" as a movie with an unreliable narrator?

Oh dear, don't hold me accountable for anything I might have said in the past. The past is gone, man. Election is a tricky case because it has multiple narrators. I'd have to think about that one.

Sorry for coming so late to the discussion! I just saw Pulp and i don't agree that everything we see is told by an unreliable narrator. There's numerous examples where it is obvious that only the voice over narration is supposed to be unreliable as a comedic counterpoint to the "reality" of the scenes we see (him collapsing on the beach while the VO describes how he doesn't give a shit about his little wound for example, or when he describes his outfit when he goes to dinner). I think your search for a movie told alltogether by an unreliable narrator continues ; )

The best example of an unreliable narrator in a film that I have seen is Steven Soderbergh's King of the Hill. The movie at first seems to be a happy account of an ideal childhood, but the more one thinks about it, the more one realizes that the true story is very different: the "buddy" is imaginary, the truth (they were always hungry, never getting food) seeps through, and you start to see the skeleton under the decorations. Highly recommended.