The Concept: Relatively nice people work in the research and development department of a soulless biotech corporation, trying to keep themselves from being compromised by the evil of their bosses.
How it Came to be Underrated: After saddling it with a terrible, meaningless name, ABC dumped it in midseason with very little fanfare. If they had run the second season after “Modern Family”, I’m convinced that it would have found its audience, but instead they burned off the entire season in one marathon month and gave that coveted spot to “Cougar Town”. Damn you, “Cougar Town”! 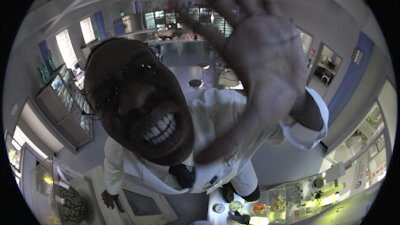 Sample Episode: 1.4 Racial Insensitivity
Writer: Michael Glouberman
The Story: To save money, Veridian Dynamics installs new motion sensors on every lightswitch, door and water fountain, but they work by reflected light and they aren’t sensitive enough to detect black people’s skintone. When the black employees complain, the company tries to make them happy by giving them separate, manual drinking fountains. For some reason, that just causes a bigger mess.


Why It’s Great:
How Available Is It?: I’m anxiously awaiting the second season on DVDs, especially since it will debut the final two never-aired episodes, but that set hasn’t even been announced yet! In the meantime the first season is available to watch instantly on Netflix
But Don’t Take My Word For It: Unfortunately, unembeddable Netflix is the only way you can watch this episode online. It’s one of the few episodes ABC.com no longer has posted. Maybe it was a bit too edgy. 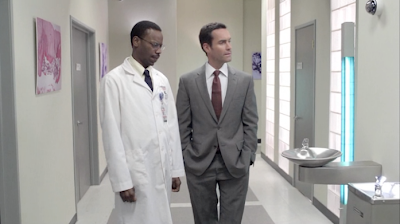 Hi nice to meet you all, my name is Nestor , I'm from as San Francisco. Sweet site, I hadn't noticed cockeyedcaravan.blogspot.com before in my searches! Keep up the great work! Visit me at vintage barbie clothes

Your sister-in-law recommended your blog to me. I couldn't agree more about Better Off Ted; I think it's destined for an Arrested Development-like delayed appreciation, in a couple years or so, once word spreads of how brilliantly funny this show was/is.

I'm keeping my fingers crossed for a Season 2 DVD release.

I'm not sure "Ted" would have ever inspired an audience. Its a tremendous show, but its failure is one more example of smart and intentionally odd comedy only having a modest audience. (See Arrested Development, The Unusuals, Pushing Daisies).

I adored Better Off Ted. I was surprised it made it to a second season only because it was so subversive. It deserves cult status at the least.

I really liked your article. cardiovascular Read a useful article about tramadol tramadol