Storyteller’s Rulebook #41: Drama Is How It Is, Genre Is How It Feels 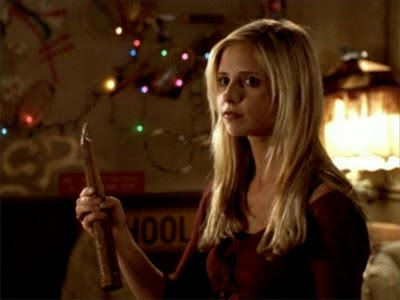 One more thought on “The Sopranos”… I never had HBO, so I finally got to see what all the fuss was about when the first season was released on DVD (which was still a big deal for a TV show at the time, but you kids wouldn’t remember that). I watched the pilot and I had to admit that it was pretty great, but I still had a doubting voice in the back of my head: ‘Who needs to see another show about killing? This show takes itself seriously, but this level of violence and stylization is actually pretty phony, isn’t it?’

Then I listened to David Chase’s commentary track and I had one of those rare “moments of clarity”. He was talking about where the idea for the show came from. He was a successful screenwriter, but he was putting his own mean-mouthed mother in a home and she was heavily guilt-tripping him. He thought to himself “I’m such a monster.” He decided to do a show about what it felt like to be a rich guy putting his mother in a home. Except, in the TV version, instead of the meek TV writer he was, he would portray himself as the monster (aka mobster) he felt like.

Suddenly, I understood the justification for all genre writing. Realism is a fine goal, but it’s not the only way to be truthful. When you make a genre show (and “The Sopranos” was a genre show) you’re telling the truth about how it feels, in a way that realism never can. He was coming clean: this is who I really am— I’m a monster.

Nowhere was this more true than on the other all-time-great show of the late 90s/early 00s, “Buffy the Vampire Slayer”. That show appealed to lots of non-vampire-lovers because it was such a perfect metaphor for adolescence. In reality, high school problems only felt like the end of the world, but here they really were the end of the world. If it felt like a guy was ripping your heart out, here he really would try, and on and on. These things made the show a lot more fun than 90210, but they also made it more truthful. This may not be how it happened, but it sure is how we remember it-- and there’s nothing wrong with that.

It is a fantastic post – immense clear and easy to understand. I am also holding out for the sharks too that made me laugh. produktvideo erstellen

Bigg Boss is an Indian reality television game show produced by Endemol Shine India through Viacom 18 (or colloquially Colors TV Network) and Star India Network in India subsequently it was syndicated internationally and available on online as VOD through OTT platforms of Voot and Hotstar. Bigg Boss 14

Pinoy Teleserye Replay Has a Lot of Dramas Tv List That Goes on Air in the Philipines. We update daily latest episodes of Pinoy Channel.https://teleseryee.su/

Watch and download Korean drama, movies, Kshow and other Asian dramas with english subtitles online free. Dramacool for everyone https://dramacoolee.watch/ !

Pinoy Lambingan Tv Shows shows are the real asset of Philippine’s culture. You can clearly see a clear reflection of their pure culture in their shows and movies. ofwtvreplay.su

we recommend you to check Korean TV DRAMAS and you can also watch Japanese ASHI TV PROGRAMS from this site and enjoy at kissasiantv.watch

Pinoy Lambingan Tv Shows shows are the real asset of Philippine’s culture. You can clearly see a clear reflection of their pure culture in their shows and movies. ofwtvreplay.su

we recommend you to check Korean TV DRAMAS and you can also watch Japanese ASHI TV PROGRAMS from this site and enjoy at kissasiantv.watch