The Concept: After getting unceremoniously fired by on the last episode of “The Mary Tyler Moore Show”, Lou Grant realizes that he’s “a 50 year old man with $280 in his bank account”. He moves to LA and goes back to the newpaper biz , managing the city desk at the Los Angeles Tribune.
How it Came to be Underrated: This was a hit at the time, but it’s largely forgotten today. It was followed up and overshadowed by two even-better MTM shows about crumbling city institutions, “Hill Street Blues” and “St. Elsewhere”. 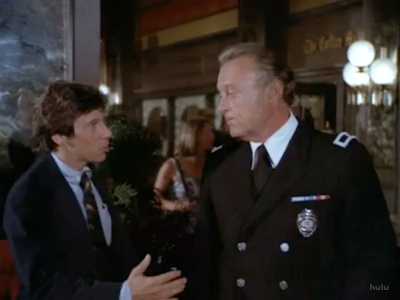 
How Available Is It?: This is probably the best TV show left that’s still not on DVD in any way, shape or form. It is on Hulu though…
But Don’t Take My Word For It:
Posted by Matt Bird at 12:33 AM

My favorite line from the show:

When one of the reporters complains about his assignment, Lou tells him "That's why they call it work."

A reason for the show's neglect:

After Ed Asner stood up to the networks, his show was quickly cancelled, even though it was doing well in the ratings. I am not surprised that the show is no longer available. Asner is still being punished.

Here you Can Download Pinoy Flix Tv Tambayan Replays online. over aim is to provide Full Filipino Replays to over viewers free of cost.https://teleseryee.su/