Storyteller’s Rulebook #42: People Only Want What They Want 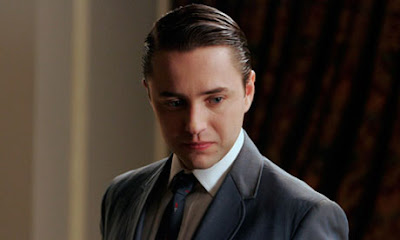 Here’s another “a-ha” moment gleaned from a TV-DVD extra-- Each episode of “Mad Men” has at least one commentary, usually featuring Matt Weiner and another creator, and they’re all worth listening to. At one point, Pete the weasel is stewing in his office, as usual, and Peggy comes in to discuss a project. In his commentary, Weiner points out (paraphrasing here:) “This is the point on most shows where they would ask ‘what’s wrong?’ as if people go around trying to solve each other’s problems all the time.”

But Peggy doesn’t notice what’s bothering Pete, even though she’s probably the most sympathetic character on the show (and occasionally in love with him). People only want what they want, and that doesn’t make them bad people. Unless your character is an exceptionally caring parent or spouse, they shouldn’t become selflessly concerned with the emotional state of another character, unless they have to act that way to get what they want. That may sound terrible, but it’s how life works and it’s probably for the best...

You, as the writer, know what every character’s problem is, and so you want them to know it too. The easiest way to do that is to have someone come into the room, size up the situation, and say, “Do you know what your problem is? It’s…” But in real life, such conversations are uncommon and unwelcome. On those rare occasions that I do get armchair diagnoses from friends, they tend to be benign but unhelpful, because their friendship keeps them from perceiving my faults. The few times that someone has told me what my problem was and actually hit the nail on the head, they were people who hated my guts and never wanted to see me again. In each case, I wasn’t happy to hear it, and I tended to let them know it. Only later did I sheepishly realize that they had actually told me something I needed to hear.

Weiner’s comment has ruined a lot of movies and TV shows for me. Every time someone walks into a room and helps the hero get to the heart of a problem, it now sets my teeth on edge. The ghostly voice of Matthew Weiner wafts up from the ether, providing a running commentary to everything I watch, always reminding me: “People only want what they want!”

Great job on the last two rulebook posts. If no one's commenting yet, it's because you've said it so well that there's nothing more to add. People want what they want. Not what the audience or the the writer or the genre convention or story cliche wants them to want. And not necessarily what they themselves believe they want or think they should want instead of what they actually do want, which drives all of what they say and do regardless of their conscious awareness of it. There's another great example of this from MAD MEN, a scene in a bar where Roger Sterling is looking for permission to ditch his wife. Don Draper says a bunch of stuff that has nothing to do with Roger and all to do with what's going on in his own life. But by the end of the drink, the supremely unselfaware Roger has decided that Don's provided him with the rationale he needs to hook up with his secretary.

That's my favorite episode! I would say the primary theme of the show is "The Law of Unintended Consequences"