Underrated TV (Not) on DVD #14: The Century of the Self

And this wraps up another TV Week-- Next week: more Hero Project!

Series: The Century of the Self
Year: 2002
Creator: Adam Curtis

The Concept: Curtis explores the hidden history of the 20th century, showing how first consumers and then voters were taught by the public relations industry to listen to their hearts and ignore their minds.
How it Came to be Underrated: This got great reviews when it came out, but it never showed up on DVD in America. 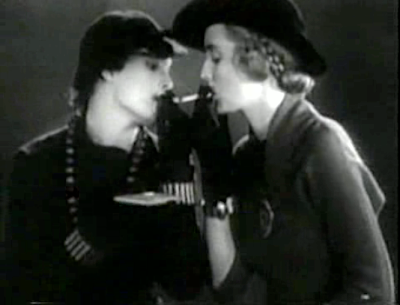 Sample Episode: Episode 1: Happiness Machines
Writer: Adam Curtis
The Story: In Part 1, we meet Edward Bernays, the American cousin of Sigmund Freud himself, who used his “Uncle Siggy’s” ideas for crass commercial purposes, creating ideas of mass consumer persuasion that redefined American culture. Bernays recalls how, after advising Wilson during the WWI peace talks, “I decided that if you could use propaganda for war, then you could certainly use it for peace.” He opens the first public relations firm and starts by convincing women to smoke. His success makes him very wealthy and highly influential...


Why It’s Great:
How Available Is It?: All four hours are watchable at Google Video and well worth your time. The video quality isn’t very high, but it’s perfectly watchable. I literally sat down one day to watch the first five minutes of the first one and got up four hours later.
But Don’t Take My Word For It:
Posted by Matt Bird at 12:06 AM