The Hero Project #11: But What About Hitchcock? 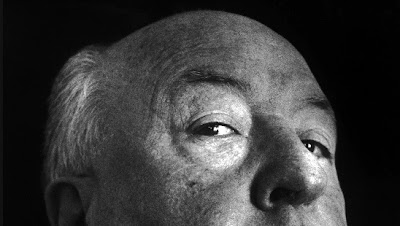 I got a nice response to the first go-round, so let’s try at least another week of The Hero Project. (By the way, in our time off, the project made a guest appearance over at my wife’s far-more-widely-read blog, where she applied it to kids’ books. I show up in the comments to kibitz.)

So I’ve had a few weeks to think about my bumbling attempts to define heroism, and I’ve been wondering where I ever got this impression that the a protagonist should go from “zero to hero” instead of starting the movie with special skills. The more I thought about it the more I realized that there was a simple answer: Hitchcock. When I made my list of the Nine Types of heroes (plus two), I tried to chart some Hitchcock movies, but in retrospect I think I got some of them wrong. Thinking back through them, and rewatching some of them, I realized that most of Hitchcock’s heroes lack skills, and could be described as the “worst possible pick” for solving their problem.

Of course, this wasn’t always the case. He also featured examples of the Pro at Work (Foreign Correspondent, Notorious), Adapters (Rope, Rear Window), a Flounderer (Vertigo), and even a Book Taught Amateur (Shadow of a Doubt). (Yes, I’ve moved some since the original post) But his clear favorite was that riskiest of all categories, the Worst Possible Pick.

My earlier conclusion was that “WPP” heroes only worked in cases like The Terminator and Safety Last where the hero suffered greatly and had some professional help to get them through, while movies like The Spanish Prisoner, where an unskilled everyman hero triumphs simply by working a little harder, were inherently unsatisfying. But Hitchcock frequently made that kind of hero work. In fact, Hitchcock’s first international hit, and the one that formed the archetype for so many others, The 39 Steps, has an unskilled hero with no professional help who is somehow both convincing and appealing.

This is a big part of where I got my habits from. Like a lot of people, Hitchcock is my biggest influence as a thriller writer (he never actually got a writing credit, but most people familiar with his process would say that he ghost-co-wrote all of his movies) And, come to think of it, I’ve been on the phone receiving notes and found myself defending my script in conversations that sounded something like this: Them: “You can’t do that in a movie” Me: “What do you mean? Hitchcock did it all the time.” Now it’s finally sunk in: It’s not so easy to play by Hitchcock’s rules. But why not? Tomorrow I’ll look at several of his movies and figure out why many of his unskilled heroes were so appealing (and why some others weren’t).