The Hero Project #1: Are All Heroes On the Same Journey? 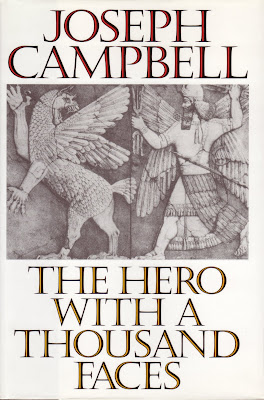 I have something to admit that will shock and sadden you: I don’t actually know all the rules. Especially when it comes to creating compelling heroes. So I’ve been reading up on what the experts have to say on the topic. But a lot of what they have to say is contradictory. So I’ve embarked on my own epic journey to figure it all out...

The natural first step is to look at the most famous analysis of the topic, Joseph Campbell’s “The Hero With A Thousand Faces”. This was the first and best attempt to identify the universal structure that underlies all storytelling. Campbell believed that the purpose of all stories was to lay out a roadmap for problem-solving. He studied the heroic myths of several different cultures and found that each journey had certain common elements. Here’s a simplified version of Campbell’s journey:

So far so good. After reading Campbell, I wanted to devour a lot of actual heroic myths, so I read “Don’t Know Much About Mythology”. Then I read “The Epic of Gilgamesh”, “The Book of Genesis”, and “The Iliad”.

But as I soaked up these stories, I started to disagree with Campbell. Most heroic myths don’t actually lay out a roadmap the reader can follow to solve his own problems. In fact, many myths imply the opposite. The message is: “Don’t try this at home.” Most mythological heroes are not average people who rise to do extraordinary things. Instead they’re jerks who get special dispensation from the gods. When you read a lot of different mythologies side by side, a certain message starts to become clear: These guys were anointed by the gods to do this stuff, and you weren’t, so don’t get any ideas.

I decided that there were at least two very contrasting types of heroes in these myths: the Annointed vs. the Everyman, or, put another way: Ben-Hur vs. Spartacus. Call them the two heroes with 500 faces each. Let's look at that split tomorrow...