Welcome to day 2 of Cheesy Movies Week. I should make it clear here that each selection will get cheesier and more disreputable all week long. That's right: Hard Rain was the classy one.


The Story: Sheen is “Ditch Brody”, a hotshot skydiving instructor with a sketchy safety recond. Kinski seems to be a nervous student, but then she dies in her first jump—or so it appears… Pesky D. A. Gandolfini is ready to prosecute, but Sheen realizes that nobody is what they seem. Soon he and not-so-dead-Kinski find themselves in an escalating series of death-defying scrapes with various Russian bad guys.

How it Came to be Underrated: This had to compete against an inferior Wesley Snipes skydiving thriller that came out at the same time. Neither one made much money. Also, it has Charlie Sheen in it, so nobody was ever going to take it seriously, which is understandable, really...

If You Like This, You Should Also Check Out: Twohy later wrote and directed a neat little WWII submarine ghost story called Below. The only real competitor I think this movie had for bragging rights to the best aerial stuntwork was an underrated Timothy Dalton James Bond movie, The Living Daylights.

Today’s Post Was Brought To You By: Open Up, Airboy! 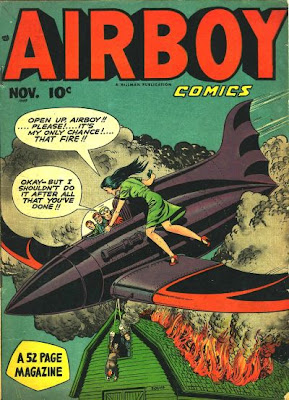