Storyteller’s Rulebook #38: How Do You Cope With Remake Fever? 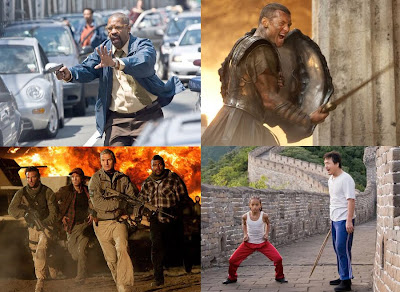 So there’s a writer and he thinks he’s pretty good. He’s got great ideas for original stories—some horny kids get lost in a spooky forest, a father and daughter survive a shipwreck, that kind of stuff —but his producers don’t want to hear them. They only want two things: remakes and adaptations. Why not remake that Danish revenge thriller that came out a few years ago? People have forgotten the details, but they remember the name, so it’ll be easy to sell. The writer protests: you want to do remakes of stuff that’s not even twenty years old?? Why can’t we tell original stories for once? But, as usual, he loses the fight. He puts his originals back in the drawer for another year and goes to work on the pre-digested stuff, re-telling stories that people already know.

The writer, of course, was William Shakespeare, who found himself in the same position that screenwriters face today. Writers get sick of remakes and adaptations. Why can’t we create value instead of merely recycling it? But producers love pre-sold material. Unlike most of today’s rewriters, Shakespeare rose to the task. He achieved every rewriter’s dream—he did work so good that everybody forgot about the originals. (Who stages Thomas Kyd’s 1589 version of Hamlet today?) 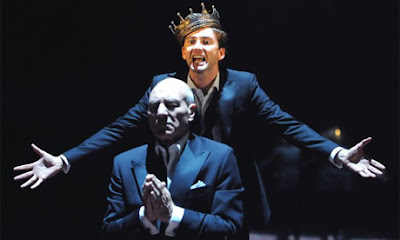 He did this by overcoming a mental hurdle that stands in the way of most writers. There are two ways to evaluate your writing, but they often get confused with each other. You can judge what it’s about, or you can judge how well it’s written. But it’s very hard to keep these things separate. It’s hard to say, “this is beautifully written, but the idea doesn’t work.” Or, even worse: “This is a great story! Unfortunately it’s not well written.”

As a kid, I loved sci-fi and comics, so I wanted to write my own, but I was always disappointed by so-called “Creative Writing” classes. All they wanted me to write about was my happiest memory or my saddest day. Who cared about that stuff? I was there because I had ideas! Ideas about spaceships and evil computers! I dropped those classes.

I wish now that I’d stayed and learned how to write about my own life. But I also wish that they had re-named the classes, so that I wouldn’t have been so disappointed. These were, in fact, non-creative writing classes, and there’s nothing wrong with that. They wanted us to write about our own life not because it was such interesting material, but because they wanted us to learn how to tell a true story well, before we took on the extra burden of making up stories from scratch. Sure, nobody cared about my saddest and happiest days ...yet. That was the whole point. I was supposed to learn how to make people care, which is a very valuable skill to have. I didn’t get that. I thought that the way to make people care was to pick more interesting subject matter.

Eventually, I would find classes where they let me write made-up stories, but I quickly discovered that having good ideas and writing well were two very different things. Luckily, Shakespeare was able to accept that. He only wrote four originals, as opposed to thirty-four remakes and/or adaptations. He may have been disappointed by this ratio, but he didn’t let it affect the quality of his work.
(Yes, folks, it’s unofficially become a psuedo-Shakespeare week, which psuedo-concludes tomorrow)
Posted by Matt Bird at 12:37 AM

This goes back to my old discussion of who was the greater artist, Shakespeare, or Picasso? Shakespeare did very little that was original, working primarily in the very structured forms of 5-act plays and sonnets, without challenging their conventions and often reworking existing stories. But he did it better than anyone else has before or since. On the other hand, Picasso reinvented the visual arts, breaking and rewriting all the rules. So which one is more important? (And no, I'm not suggesting there's a "correct" answer.)

What are the four originals? And, are you counting the histories as adaptations?

Anyway, very good point. I'm curious how "Dinner with Schmucks" is going to be, since its source material is my favorite movie.

"Love's Labour's Lost", "A Midsummer Night's Dream", "The Merry Wives of Windsor", and "The Tempest" are considered to be the four originals (but "Merry Wives" was an even-more debased form: a spin-off). Yeah, I'm counting the histories as adaptations.

Thanks for the list. Given that The Tempest was based on a real shipwreck, he also has "inspired by the true story" to add to his list.