Great Moments in Comics #15: Madame Fatal Gets Her Man 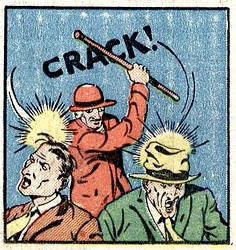 Once again, I’d like to sing the praises of a blog I’ve haven’t highlighted before, and bogart some of their recent content along the way… Every damn day, Pappy’s Golden Age Comics Blogzine reprints at least one classic comic story in full, along with some smart commentary. Pappy’s knowledge is deep and his scans are often wonderfully obscure.

Pappy recently highlighted one of my favorite costumed adventurers from the early days of comics. Art Pinajian’s “Madame Fatal” is a beautifully simple concept—so simple that it makes all the other superheroes that much sillier. Think about it—If you wanted to fight crime on your own, would it actually make sense to dress up like a big scary bat and try to intimidate these macho thugs, or would it make more sense to dress up like a little old lady and approach them when their guard was down? If you’re serious about putting the smack-down on crime, the little old lady act is probably the way to go. Here’s a story from, where else?—Crack Comics #3: 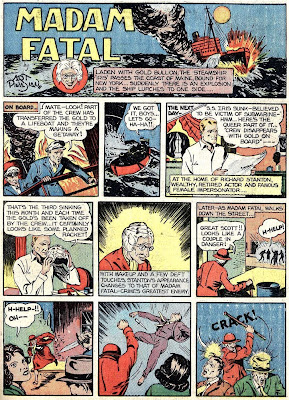 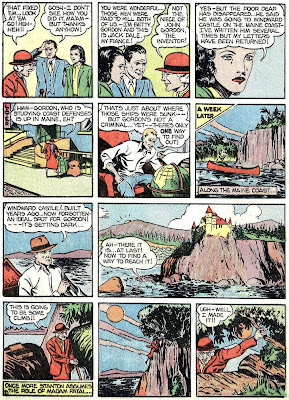 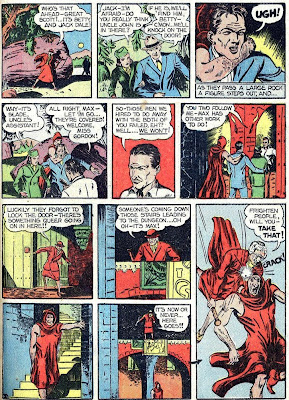 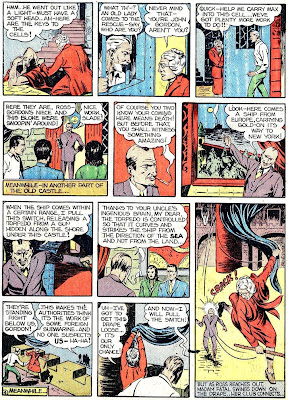 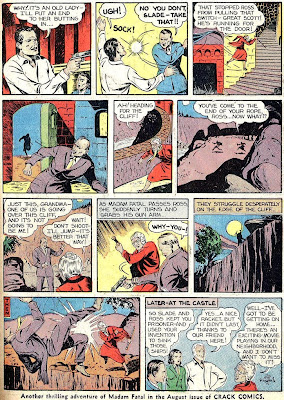