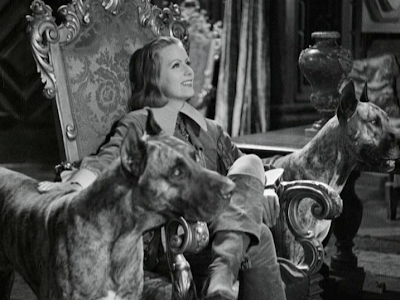 The Story: The kick-ass 17th century Swedish queen reads books, dresses like a man, and refuses to get married, laughing at those who try to impose gender roles on her. You’d almost think she was a lesbian if she didn’t have so much uninhibited sex with men. She’s allowed to get away with all of it until she tries to shut down the military-industrial complex, resulting in a whisper campaign that brings her regency to a crisis.

How it Came to be Underrated: Mamoulian combined the sensuousness of Ophuls with the brazen good-naturedness of Hawks, but only in recent years have moves like this, Applause and Love Me Tonight been treated like the masterpieces they are.

Why It’s Great:
If You Like This, You Should Also Check Out: As far as great pre-code bio-pics of cold weather queens go, this makes for an extreme contrast with Von Sternberg’s even more lush (and far more lurid) The Scarlet Empress. Consider them a sort of “Goofus and Gallant” pairing: one queen becomes the personification of wisdom, the other descends into total wickedness. (But both have a lot of fun along the way)

How Available Is It?: I has a nice looking DVD with no features.

Today’s Post Was Brought To You By: Leopard Women Of Venus! 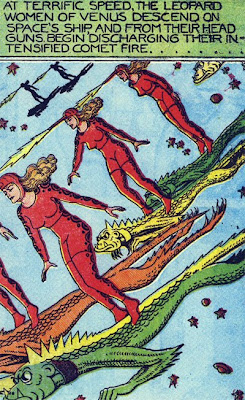 I have to ask - have you ever seen The Scarlet Empress? If so, how would you compare it to this? If not - hie yourself to your favorite chair and prepare to be surprised by what looks to be '30s Hollywood formula movie about Catherine the Great and turns out rather different.

Oh yes, and I like that one just as much. I've never covered it here because it's on the borderline of being pretty well-known, but so is "Queen Christina", so I really should do "Scarlet Empress" as well.

How can you not love a 1933 movie where they hang naked people inside bells and ring them to death?