Tomorrow, there'll be a movie, I promise! Garbo! In the meantime... 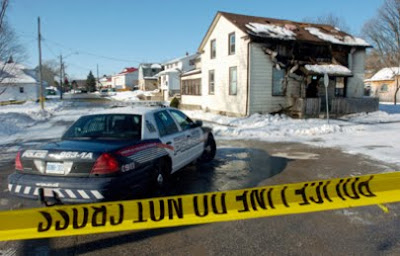 Last time, I talked about the beleagered readers who are so wary of reading your submission. This is why your first page has to be better than good. Better than great. It has to be unhateable. The goal of your first page is not to get them to like your script. It’s to get them to stop hating it. They just read a script that they despised, and now they’re angry at you. They’re saying, “I’m sick and tired of all the bullshit clichés and if I see one more I’ll scream!

How do you handle such a reader? Pleasantly surprise them. The heart of all great writing is this: setting up expectations, then reversing them, over and over. Show them you can do that on the very first page.

Your very first line, even if it’s a line spoken by a minor character, especially if it’s a minor character, need to reverse an expectation. As soon as your reader recognizes your opening situation, they’ll start to dread the clichéd version of what usually happens in these situations. Why not shock them by avoiding that, right from the first line?

There’s been some sort of disaster, the hero hasn’t arrived on the scene yet, so the first line is: COP: “Let’s move it along folks, nothing to see here.” We’re never going to see that cop again, so this isn’t poor characterization, per se, but guess what? The reader hates the script now. The name “COP” set up an expectation in their mind, and then that cop said the most clichéd thing he could say, which failed to reverse that expectation. So now they assume that everyone else in your script will also let them down.

What if it had said something like this: COP: “Damn, you people are rude. We’re just trying to do our-- Hey you! I mean it-- I know your mom!” Or maybe, if it’s a bigger city: COP: “What do you guys want? You want a severed finger that you can take home as a souvenir? No? Then quit your mouth-breathing and get your noses back behind the tape.” (Note how I needed to know more about the cop and the setting in order to write a more specific line. Getting specific means doing more homework.) Let the reader know that they’re in good hands. Unlike in the last script they read, your characters won’t just say what the reader expects them to say.
Posted by Matt Bird at 11:29 PM