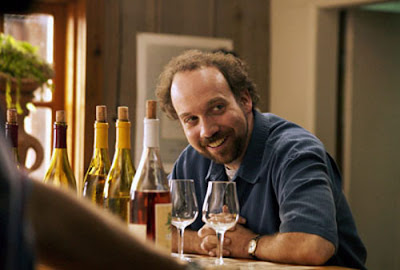 Beginning writers have one goal: They want to defy expectations. They know that most movies are boring and clichéd, so they try to write movies that are interesting and unpredictable. Happily, they quickly discover that this isn’t a very hard way to write! It’s fun and exciting –for the writer—to write something that lurches in a different direction every twenty pages. Why doesn’t everybody do this?
Then they discover that people don’t like their script, because they don’t connect with the main character. Those out-of-nowhere right turns are actually alienating their readers. What’s up with that? Do people crave clichés? No, but they do love forming expectations and then seeing those expectations pay off. It turns out that people don’t actually want to say “I had no idea that was going to happen!” In fact, they’re often delighted to say “I knew that was going to happen!” People love to get to know characters, and come to understand their reactions.
It turns out that defying expectations is easy, but creating expectations is hard. In order to create expectations, you have to write a consistent, believable, well-defined character. Will the character change in the end? Yes, probably. But first, as the saying goes, he has to want to change. More importantly, the audience has to want him to want to change.
You create expectations by writing scene after scene in which your character acts consistently, and consistently fails to change. These scenes are frustrating to write. You know what’s wrong with your character, and you want them to figure it out for themselves, but you have to hold back as long as possible. Creating expectations is hard work because you’re rolling the rock uphill, creating kinetic energy, creating value. When you finally let the character defy expectations, it’s easy and fun: a release of energy, a cashing in of value. But like any investment, if you take the value out too early, it’s worthless.
This is true of all movies, but it’s especially clear in character studies. If the character wants to change too soon, it doesn’t feel authentic enough. I thought Garden State and Last Chance Harvey were both okay, but the character told me they were tired of being neurotic before I could crave that change myself. I didn’t see enough self-destructive behavior on screen. It’s tricky though, because two recent movies that went too far in the other direction were Greenberg and Big Fan, where the characters changed too little, too late (after being way too annoying). One movie that got it just right was Sideways. When Paul Giamatti’s Miles finally makes progress at the very end of that movie it’s an enormous pay-off because, by that point, I had wanted this guy to change so much for so long. That movie rolled the rock way uphill before finally letting it go, whereupon it successfully knocked the audience flat.
Posted by Matt Bird at 2:03 AM