Storyteller’s Rulebook #6: Talent CAN Be Taught 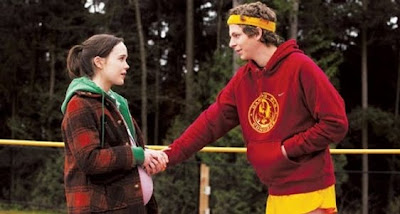 My first day in film school, a bitter little directing professor walked into class and announced: “I don’t know what the point of this is, no one can teach directing. Either you have talent or you don’t.” We were paying him tens of thousands of dollars to teach us directing. It was not money well spent.

Talent can be taught. Not easily, no, but nothing lucrative is easy, or else we’d all be rich. You can learn it from someone else (if they’re a lot more dedicated than my professor was) or you can teach yourself. How do I know this? Because otherwise nothing good would ever get written. Now, don’t get me wrong, if you have no natural talent for any aspect of the process, you’re in trouble. True, you can learn everything step by step, but you’re probably not to going to be able to get started writing until you’re 80.
Most people choose to write because they have a talent for one part of the process. They have a natural ear for dialogue, or they know how to make up thrilling plot-twists, or they effortlessly know how to convert their own life experience into metaphors. And so they think, “hey, why don’t I use this skill to go to Hollywood and get rich?” But they discover that screenwriting doesn’t rely on one skill. You have to be great at dialogue and plot-twists and thematic metaphors, all at the same time. Every single screenplay requires an almost ludicrous range of skills. And no matter how good you are at some of them, nobody is naturally good at all of them. So you have to learn that skill, sometimes from scratch. And since everybody has to learn different skills, then every skill has to be teachable. There are people who naturally write terrible dialogue but then teach themselves to write great dialogue. It happens all the time.


But what about those people who claim that they sold their first screenplay? Or even won an Oscar for their first screenplay? Well, they’re lying, but don’t blame them. The studios love to sell the idea of an “inspiring” overnight success, so they force the screenwriter to falsely claim that the first one they sold was also the first one they wrote. Then, when those writers go back and sell their older screenplays, those p.r. people don’t want to admit that they were raiding your file cabinet, so they insist you claim you just wrote it. But don’t believe it. No professional screenwriter who saw Juno believed that it was Diablo Cody’s first screenplay, because the structure on that movie is absolutely rock-solid. Jennifer’s Body, on the other hand, is painfully amateurish, filled with classic first-timer mistakes. Juno was the first one to sell, but it clearly wasn’t the first one written and somebody taught themselves structure in the meantime. Now that’s inspiring.
Posted by Matt Bird at 11:59 PM

Oh, the disdain of a certain Mr. B%n R%&s runs deep. I absolutely agree though. No one actually sells their real first script. And most writers who have sold a script literally spend years trying to sell another one. And most aspiring writers, even incredibly talented ones, never sell anything. Talent, as in everything else, can indeed (and should) be taught and can continue to be taught despite whatever commercial success one achieves.

Love this. Thanks for the pep-talk!