Storyteller’s Rulebook #10: An Unhappy Ending Is Just A Happy Ending That Gets Yanked Away 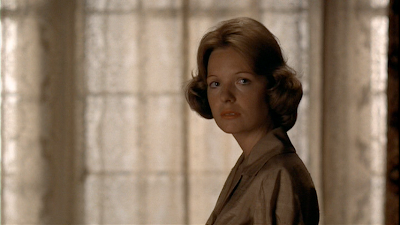 Most first-time screenplays have unhappy endings. If you ask the screenwriter why, they’ll tell you that it’s because they haven’t sold out yet, man, and they don’t see the need to subscribe to the cult of Pollyanna. And that may be true. But there’s also a practical reason.

Nobody is exactly sure why all movies have to be roughly the same length. This isn’t true for novels or plays, which can be as long or as short as they need to be. But for some reason, when you buy a movie ticket, it comes with an implied contract that the movie won’t be much shorter or longer than 110 minutes, unless something has gone wrong.

And people don’t expect a small, poignant, fleeting moment to fill up those 110 minutes either. They want a full story. They want a Hero’s Journey, as I discussed before. Which leaves the screenwriter with a problem. It’s hard to cram a whole journey into the time allotted. That’s why screenplays have to be so lean and mean. We’ve got a long way to go and short time to get there—we have to do what they say can’t be done.

But beginners don’t know how to be lean or mean yet. They don’t know how to start a scene late and leave it early, or cut away extraneous characters and plotpoints. So they get to page 100 and find themselves where they should have been at the midpoint. The character has barely begun their hero’s journey, and they’re already out of space. So what do you do? Easy. It may take eleven steps to solve a problem, but it takes far fewer to fail. At any point, you can declare the hero’s journey to be prematurely over. Ta da! An unhappy ending solves the problem.

When you try to explain that this isn’t acceptable, the first time screenwriter will say “But why can’t you be satisfied with an unhappy ending? What about Casablanca? What about The Godfather? What about Titanic? Weren’t they successful movies with unhappy endings?” But these movies all have something in common. In each case, the hero does solve their problems and does complete their journey. Most crucially—all three of these movies could have had a happy ending, right up to the last five minutes, when the happy ending was yanked away.

If we realized an hour into The Godfather that they weren’t going to redeem Michael Corleone, we’d stop watching. When do we finally accept that there’s no hope? Not until the final shot. If he had left that door open just a crack… but no. In Titanic, Jack doesn’t fail to rescue Rose, he succeeds—then he dies. Thats what makes it tragic. Watching someone fail and then die isn’t tragic. Watching someone succeed and then die is. So go ahead and write an unhappy ending, but beware— it’s not any easier.
Posted by Matt Bird at 9:10 AM