The Concept: Three epic years behind the scenes at the so-called “New Burbage Shakespeare Festival” (but any similarity to Ontario’s actual Stratford Festival is strictly intentional.) Many years ago, an actor went mad onstage playing Hamlet. Now he returns as the new artistic director, a job that turns out to contain equal parts bawdy comedy, piercing tragedy and endlessly-repeating history.
How it Came to be Underrated: Not only have most Americans never heard of this show, they well-and-truly believe that there’s no such thing as 'Canadian TV'. That’s a shame, since this is one of the greatest shows that the medium has ever produced, anywhere. 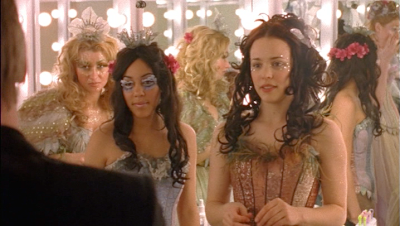 Sample Episode: 1.1, Oliver’s Dream
Writers: Susan Coyne, Bob Martin and Mark McKinney
The Story: In this pilot episode, all the pieces are still waiting to fall into place: The festival is awash in money but it’s lost its soul thanks to a sloppy artistic director and a rapacious financial officer. Meanwhile, the only man who can save it is barely eking out an existence, assuring himself that “The best things happen just before the thread snaps.” 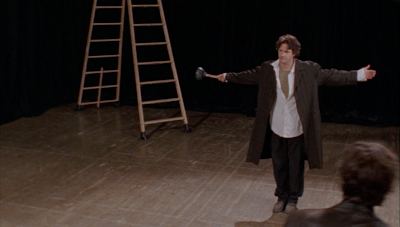 Why It’s Great:
How Available Is It?: All three seasons are available on disk through Netflix.
But Don’t Take My Word For It:
Posted by Matt Bird at 10:02 PM

Discs are also available for purchase, either by season or as a complete set, on Amazon. Oh 'Slings and Arrows,' where have you been all my life?!?

"Abaout" would be closer. Canadians are right that they don't say "a boot," but that dipthong's subtleties almost escape transcription. Paging Henry Higgens!

I think there's a reason for Canadian tv's reputation. Glad to see an exception.
Canadian movies on the other hand, esp. Quebec films--now that could be a fun area to explore. Can I guest-blog for you about Quebec films?
Congrats on the blog's success!

This is an fantasticly well done show. Of the Canadian TV shows, I was surprised this made the cut for you above The Newsroom (the 8 1/2 episode alone...)