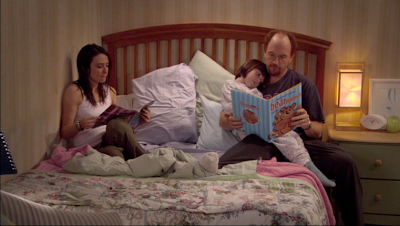 The Concept: Shocking sitcom about a working class couple and their sketchy friends, focusing on the painful realities of modern American life, based on the creator's brazenly frank stand-up.

How it Came to be Underrated: This series got terrible reviews and it was quickly cancelled. It’s no mystery to me why that happened: The great scripts and performances were undercut by an ill-considered, intentionally fake-looking style for the sets and cinematography that was understandably off-putting to audiences. Unfortunately, they didn’t stay on the air long enough to figure out that they should stop chasing audiences away.

Sample Episode: 1.1, "Pilot"
Writer: Louis C. K.
The Story: Louis's life is filled with embarrassments. In one storyline, the black neighbors give his daughter a black Barbie, then see him throw it away. In the other, his wife decides she wants to try to make another baby, which he has to admit that he can’t afford to do. 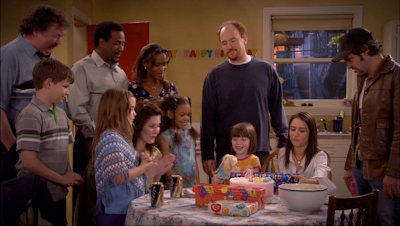 Why It’s Great:
How Available Is It?: The whole show is rentable on 2 discs, including hilarious, rowdy commentaries that were recorded right after the cancellation.

But Don’t Take My Word For It: Only the first scene of the pilot is online but it’s one of my all-time favorite introductions to a show.Please, please watch this:

This clip may be the funniest thing I've ever seen on television. Watch it!

Wow. The amount of characterization and backstory jammed (entertainingly, no less!) into this 'simple' opening scene has my jaw bouncing on the floor in admiration.

Last time I heard, you were pretty skeptical about this show. I guess it won you over? Meanwhile, I've become a big fan of Louis's standup, but he works so far over the line that I'm usually hesitant to recommend him to anyone.