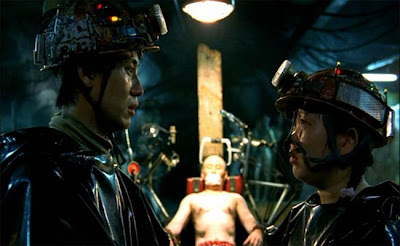 Save The Green Planet (2003)
Director: Jang Joon-Hwan
In all the fuss over Oldboy (which I'm not knocking, mind you) it seems like everyone missed the real find of South Korean cinema. A deranged young man and his acrobat girlfriend kidnap the CEO of a chemical company so they can torture him into admitting the truth: that he is an alien prince sent to earth to begin the planet's destruction. Save the Green Planetis everything a movie can offer -- comedy, horror, suspense, mystery, epic science fiction, romance, and a surprisingly heartfelt plea for world peace and better working conditions in Korean chemical plants. At every turn it will either stun you or baffle you with its audacious breakneck tonal shifts and stunning disregard for the way movies are supposed to work. 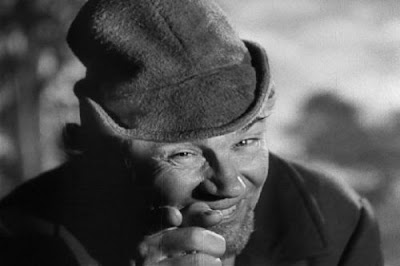 The Devil and Daniel Webster aka All That Money Can Buy aka Here Is a Man (1941)
Director: William Dieterle
A powerful mix of cornpone, Americana, fun, and genuine nightmarishness, The Devil and Daniel Webster is one of those movies that feels like it was made just for me. "A fantasy-drama about the promise of America where the devil's mistress literally dances a man to death? Awesome!" But as a recent public screening proved, other people like it, too. Walter Huston is amazing as Mr. Scratch, Edward Arnold sparkles as the Great Orator, and Simone Simon is literally sexy as hell. Wrap it up in one of Bernard Herrmann's greastest scores and a perfect ending and it becomes a shame that people refer to this movie as a "minor classic". It is quite a major classic, good sir!

Zodiac (2007)
Director: David Fincher
Greeted with rave reviews and then quietly stowed away in the back of the cinema closet, the only David Fincher movie I enjoy watching hasn't gotten the respect it deserves. A taut retelling of the Zodiac Killer case anchored by great performances from Jake Gyllenhaal, Mark Ruffalo, and Robert Downey Jr. (and somehow amazingly suspenseful over its 3 hour running time), Zodiac is more than another serial killer film. As it gradually unfolds and the years pass, it becomes an intense treatise on the nature of time and memory, and the inability to ever really know the past. As obsessed men seek ever more detail about these terrifying crimes, the reality of life passes through their fingers. History is a ghost, personal history even more so. No matter how much we ask ourselves "How sure are you on a scale of 1 - 10?", tragically we can never quantify our experiences or capture time. (For this reason Zodiac always makes me think of the song "Finishing the Hat" from "Sunday in the Park From George".) After only three years Zodiac is due for a rediscovery, which is kind of sad in its own way. 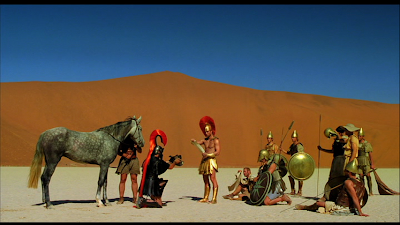 The Fall (2006/2008)
Director: Tarsem Singh
Currently settling into the position of "cult oddity" but deserving so much more, Tarsem Singh's labor of love The Fall is one of my favorite recent movies, and something I never thought I'd see -- a beautifully shot, captivating story about a little Romanian girl, a Los Angeles hospital, and the epic adventures of Charles Darwin's pet monkey. I don't care what anybody says! Sure it drags a little towards the end! But it's an amazing movie, a startling personal vision of the kind we're not used to seeing in American film. And after multiple viewings I still cry at the ending, when a montage of silent film comedy pratfalls becomes a love letter to movies, friendship, and the idea of escape.

Thanks again to Elliott Kalan for eight great picks! Let's see, yesterday I mentioned Elliott's NYC screening series Closely Watched Films and his podcast The Flophouse, so today I'll spotlight entirely different output from this multifaceted guy: He wrote a fascinating article for the most recent issue of Popular Mechanics about The Legacy of the 1939 World's Fair and he's got a hush-hush comic book coming out from Marvel Comics, who interviewed him about it.
Posted by Matt Bird at 9:00 PM