Hi, gang, I'm pleased to announce a very special guest with a deep knowledge of movies. Emmy winner Elliott Kalan was cool enough to drop eight write-ups on me so far, too many for one day, so let's do our first ever Special Guest Picks 2-parter! Here's Part Uno: 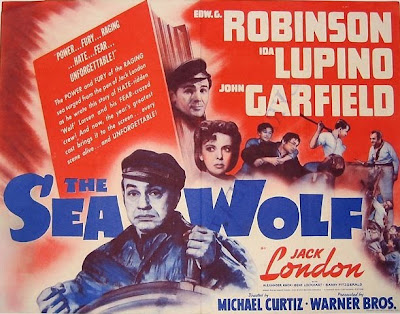 The Sea Wolf (1941)
Director: Michael Curtiz
Edward G. Robinson in one of his greatest roles as Wolf Larson the Milton-worshiping seagoing sadist who forces Ida Lupino and John Garfield into marine servitude next to Gollum-like gremlin from hell Barry Fitzgerald. And they're all backed up by the greatest master craftsmen the Warner Brothers studio machine had to offer. The Sea Wolf is a masterful piece of entertainment, gripping and eerie, which would fit in just as easily with the Universal horror classics as it does with the later film noir tales of deviance. So how come nobody ever talks about it?

The Taking of Pelham One Two Three (1974)
Director: Joseph Sargent
Many movies age well. Fewer movies age BETTER. The Taking of Pelham One Two Three is one of those movies. Just as suspenseful, funny, and exciting a crackerjack thriller as it was upon first release, its amazing ability to create a living breathing simulation of 1970s New York makes it a fascinating and invaluable document of those times. The little details that once served only to add verisimilitude have become beautiful moments trapped in amber for future generations to gaze at. That is, if they're not too busy hanging off the edge of their seats. 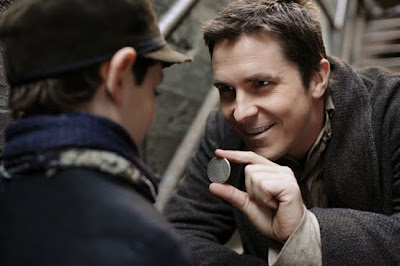 The Prestige (2006)
Director: Chris Nolan
Unfortunately buried by another, far less interesting 2006 19th century magician movie (what are the odds, huh?), The Prestige is a cold scalpel slash of a film delicately dissecting the hateful competition between two extremely handsome stage performers whose rivalry leads them to ever-darker areas of intrigue and deception. It's a machine-like movie, but if it wasn't then its ridiculously complex multi-flashback nesting doll plot structure wouldn't work as seamlessly as it does. Sure, it's got a twist ending (two, really), but don't focus too much on those. Buried beneath them is a metaphor for the act of filmmaking itself, the reporduction of things and images and the agreement we make not to admit how horrified we'd be if the things we see routinely on screen were to actually occur. Plus, David Bowie plays Nikola Tesla -- greatest casting decision ever. 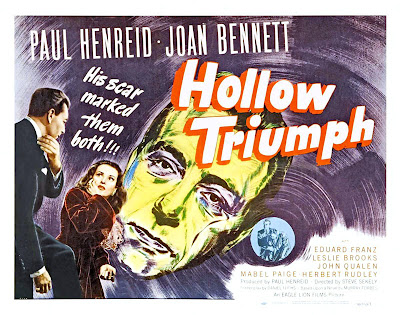 Hollow Triumph aka The Scar (1948)
Director: Steve Sekely
Failed med student Paul Henreid also fails at a criminal career, and then, while running from the mob, fails to escape into the life of an identical doctor with a tell-tale scar. This is the bleakest of film noirs, in which existence is a series of mistakes, bad decisions, fatal coincidences, and out-and-out fuck ups. Shot with style and verve and loaded with bizarre touches, stumbling a few times but stumbling honestly, it's one of the buried gems of the genre.

Elliott Kalan won an Emmy at his day job writing for "The Daily Show With Jon Stewart". Even before he was on the writing staff, he helped put together Jon's Oscar Gay Cowboy montage, so the guy knows his movies. Here in NYC, he hosts the delightful monthly screening series Closely Watched Films at 92Y Tribeca. He's also, like our last guest, a co-host of the Flophouse podcast, where he once memorably pitched a Ziggy movie.
Posted by Matt Bird at 11:43 PM