It's a shortened week here at Cockeyed Caravan, but I've still got time for some Special Guest Picks! Today's special guest is Dan McCoy. Dan's picks run the gamut from the merely under-praised to the totally obscure. His tastes are a bit darker than mine, so be prepared for a list with a little more bite to it: 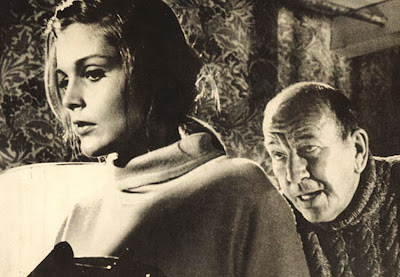 Bunny Lake is Missing (1965) – Imagine if the kinkier Alfred Hitchcock of Psycho re-made his own The Lady Vanishes, and you’d get some sense of Otto Preminger’s Bunny Lake. Preminger and his screenwriters Penelope and John Mortimer (the latter also known for creating Rumpole of the Baily) made a film that stands head and shoulders above other “is it all in her head?” missing person thrillers by making it seem all too possible it IS all in her head—aided by the frantic performance of Carol Lynley as Bunny’s mother, Ann Lake. And check out the supporting cast: Sir Lawrence Olivier, Noel Coward, and Keir Dullea, proving that he did something other than 2001. Plus, for sixties flavor, you also get a performance by The Zombies and a great Saul Bass credits sequence. 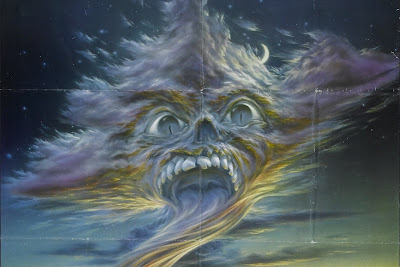 The Return of the Living Dead (1985) – It isn’t underrated by horror fans, but it’s certainly less well known than the George Romero (Night, Dawn, Day, and… er, Land and Diary) zombie films that it shares DNA with. John Russo, co-screenwriter of Night of the Living Dead, split with Romero but retained the rights to the “Living Dead” title, an option he’s exercised primarily by releasing terrible colorized versions of NOTLD with “new” footage starring now-30-years-older actors. However, before that, he teamed with director/screenwriter Dan O’Bannon (writer of Alien) to create the greatest—and scariest—zombie comedy not named Shawn. It’s less a Night sequel than, as my friend Stuart says, “a punk-rock remake.” However, would any modern film starring a bunch of teens also find time for great middle-aged character actors like Don Calfa, Clu Gulager, and James Karen (best known as the evil land developer who moved the headstones but DIDN’T MOVE THE BODIES, in Poltergeist)? This is a movie where bad things happen not because of horror movie contrivances, but due to everyday bad decisions you make out of boredom. 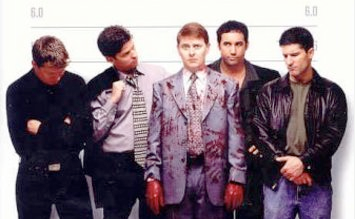 The Wrong Guy (1997) – No, not Hitchcock’s The Wrong Man, although star and co-writer Dave Foley’s ("The Kids in the Hall", "NewsRadio") film plays off Hitchcock’s trademark plot of the innocent man, wrongly accused. A man (Foley) publicly threatens to kill his boss, only to later find his boss murdered. He assumes his actions have made him a wanted man, never realizing that the security cameras have already cleared him. So he goes on the lam from no one, desperate to solve a killing for which he is not a suspect. Howard Hawks’ famous maxim states that a good movie is “three good scenes, no bad ones.” I wouldn’t claim there are no bad scenes in The Wrong Guy. The middle, in particular, sags. However, it has at least three scenes that made me laugh as hard as anything in a decade, and it outdoes both the troubled Kids in the Hall film Brain Candy and Mel Brooks’ Hitchcock pastiche High Anxiety which makes the spoof mistake of substituting references for satire. 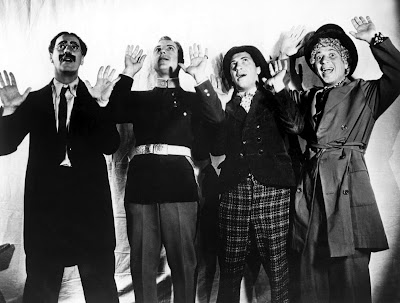 Animal Crackers (1930) – Aficionados usually pick either Duck Soup or A Night at the Opera as their favorite Marx Brothers movie, and both have their merits. The former does away with most of their films’ deadweight (boring/unnecessary romantic leads, long musical interludes), and the latter deals with the same deadweight by more effectively integrating it into the story. I like the earlier, more anarchic, Paramount films over those made at MGM, and, of that group, Animal Crackers just edges out Duck Soup. Insane comedy works best when the crazies have strong foils, and that’s deflated somewhat when the crazies are in positions of power—like Groucho as the President of Freedonia, in Duck Soup. Better to have the boys run roughshod over a society weekend in Animal Crackers. Additionally, Animal Crackers hits a sweet spot in their career, coming after their technically clumsy first film The Coconuts, but still early enough that it’s bursting with invention and routines perfected during their time in vaudeville (like Harpo and the silverware). This is the film with the flash/flask/flisk/flush/flute/fish confusion; Groucho’s “one morning I shot an elephant in my pajamas” speech; Chico’s endless piano recital; the bridge game; the Hungadinga, Hungadinga, Hungadinga and McCormick letter; and Groucho’s two most iconic songs – Hooray For Captain Spaulding (later the theme for "You Bet Your Life"), and "Hello, I Must Be Going", which is still the best way to enter a party. As the funniest Marx film, it’s a strong contender for the funniest film period. Take a look.

Dan McCoy is the founder and co-host of the hilarious movie podcast The Flophouse. He's also the creator of the award-winning animated series 9 a.m. Meeting and the proprietor of Whither Laffs?. The man keeps busy! His comedy pieces have appeared on NPR's Morning Edition and lots of other swell places.