The Story: A down-on-his-luck press agent is ordered to make a singing star out of a gangster's voluptuous girl, under pain of death. Unfortunately, she can’t sing a do-re-mi to save her life. But then the gangster discovers a wild new sound that breaks all the rules... If she can't make it as a lounge singer, maybe she can try this new-fangled "rock-n-roll". But now there's one more problem: the agent and the singer have fallen in love.

How it Came to be Underrated: Both the presence of Mansfield (the poor man’s Marilyn Monroe) and wall-to-wall rock-n-roll soundtrack made this movie look like a quickie exploitation picture, so it took people a while to realize how great it is. Only in recent years have audiences accepted that Tashlin was one of the funniest directors of the ‘50s and Mansfield was actually a sly comedienne who was in on the joke.

If You Like This, You Should Also Check Out: Tashlin and Mansfield reunited a year later for an even-more-barbed satire called Will Success Spoil Rock Hunter?

How Available Is It?: It’s available to rent or watch instantly.

Today’s Post Was Brought To You By: The Record of Doom 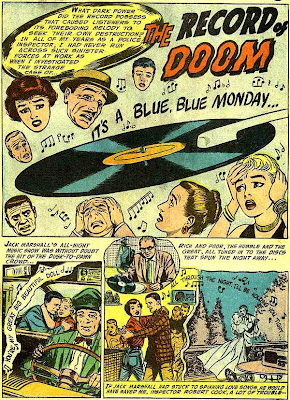