It’s time for our first edition of Special Guest Picks. I’ve solicited the opinions of various esteemed (by me anyway) movie opinion muckety-mucks, in order to include some other voices and fire up the level of discourse here at “Cockeyed Caravan”. Let me know what you think of our new feature. Here are the picks of our first guest, Geoff Betts: 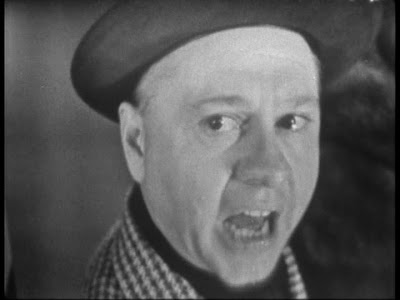 The Comedian (1957)
Directed by: John Frankenheimer
Written by: Rod Serling and Ernest Lehman

The Playhouse 90 anthology series, which ran on CBS from 1956 to 1961, truly helped to anchor the “Golden Age of Television” era. These 90-minute films tended to be incredibly well written, directed, and acted. Perhaps most impressive though is that they were mainly filmed live (not an easy feat at all). One of the best of these films was The Comedian.

Starring Mickey Rooney and Edmund O’Brien, the film is all about the behind the scenes business of television, and especially the comedy/variety programs that ruled the airwaves in early ‘50s (Your Show of Shows, The Texaco Star Theater, The Colgate Comedy Hour, etc.).

Rooney gives a tremendous performance as the talented, yet cruel and demanding Sammy Hogarth, who is the star of his own comedy series and thrives on exerting dominance over his staff in a way that makes them feel constantly on edge. O’Brien is his burnt-out head writer who finds himself out of fresh ideas, which leads him to make a morally dubious decision in order to keep his job. The film is also helped by an excellent supporting cast, including Kim Hunter, Constance Ford, and especially Mel Torme (yes -The Velvet Fog) who plays Sammy’s beaten down brother, Lester.

Serling and Frankenheimer would both go on to lucrative careers in film and television. However, the writing and directing in The Comedian remains some of their best and most innovative work. The Comedian is on DVD and you can find it on Netflix. 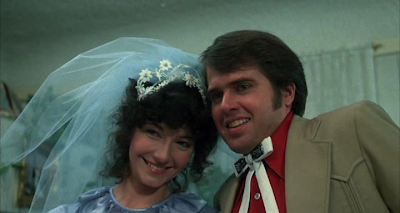 Even though this film was released in 1980, I tend to refer to it as one of the last great films of the 1970s. Loosely based on a true story, this is an in depth character study of a working class guy named Melvin Dummar (brilliantly played by Paul Le Mat) who finds himself catching a series of bad breaks in life, including the ultimate disappointment of not being able to claim the inheritance allegedly left to him by Howard Hughes (Jason Robards) – a reward for supposedly finding Mr. Hughes on the side of the road in the Nevada dessert after a motorcycle crash and taking him home safely.

The film is not about a relationship between these two men though, but rather about Melvin who is an average Joe just trying to do his best to get by. Yet all of his efforts to get a piece of the American Dream just seem to fall a little short. Melvin’s situation of course serves as a direct contrast to Howard Hughes who was born into a very wealthy family, which allowed him to pursue any number of expensive, creative endeavors during his life – some with more success than others.

Melvin and Howard is by far my favorite film directed by Jonathan Demme (and I am fan of many of this movies). It is on DVD and you can get it on Netflix. 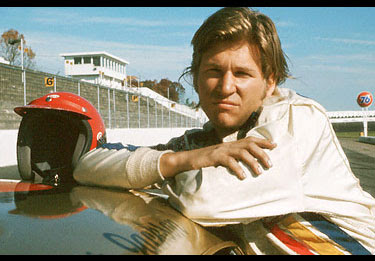 The Last American Hero (1973)
Directed by: Lamont Johnson
Written by: William Roberts (based on an essay by Tom Wolfe)

If you liked Jeff Bridges in Crazy Heart, The Big Lebowski, Cutter’s Way, or anything else, I would highly recommend The Last American Hero, which is just a great underrated film. It features Bridges as a talented racecar driver from a small, rural town in the North Carolina.

Based on an essay by Tom Wolfe about NASCAR racing legend Junior Johnson (originally published in Esquire in 1963), Bridges plays Junior Jackson, an unassuming, tough SOB who learned to drive by running moonshine for his father as a kid. After his father is arrested though, he becomes a professional racecar driver as a way to earn some extra cash to get his daddy out of jail. His natural ability on the track does not go unnoticed by the owners and business sponsors, who see in him a potential star that they can use to promote their entire industry.

This is not only a great ‘70s film but it also an excellent depiction of stock car racing in its early days. It is small scale, regionally based, and just flat out dangerous. The racing scenes are raw and breathtaking, and truly convey the risks these drivers take when they get behind the wheel.

Bridges, who had already been in four great films preceding this one (The Last Picture Show, Bad Company, Fat City, and The Iceman Cometh) is incredibly convincing as the honest and focused Jackson. And while he does take advantage of some of the inevitable benefits of his racing success, he also remains uneasy with his newfound celebrity throughout the film.

The Last American Hero also has a great supporting cast, featuring Ned Beatty, Valerie Perrine, Geraldine Fitzgerald, and Gary Busey. It is on DVD and available on Netflix.

Rip Torn, the great American character actor and more recently infamously known as the 79 year-old drunk who broke into a Connecticut bank after he mistook it for his own home, is amazing as a past-his-prime country singer who makes a series of selfish and short sighted decisions over the course of a few days that all contribute to his inevitable downfall.

Torn is tremendous as Maury Dann, a supreme narcissist whose sense of self worth is very much out of step with reality. This remains one of Torn’s best performances, and given his nearly 60-year career in films and television that’s saying a lot.

Payday, which still remains a virtually unknown movie even amongst people who are bona fide film fans, is a must-see underrated film starring a great underrated actor. It is on DVD and you can get it on Netflix.

Geoff Betts has a Masters degree in Film Studies from the University of Texas at Austin. He also produced a movie I made, and he now works as an organizer for the Writers Guild. I had to pick him first, since we’ve been watching movies together since we were thirteen. He intentionally chose four movies I hadn’t seen, just to show me up, (but then he ruined his own shut-out game by showing me The Comedian this weekend, which was great).

After I finish reading your column, I have realized that this affair is halfway funny and halfway interesting. Whereas some people don't see thing the way I do, I am sure that there will be no problem at all if I dare to say what I do think about this site. Apart from if I am right or not, I think this matter is truly nice and amusing, then, it was worth every second spent on the reading. Moreover, I see you are such a hardworking blogger, who is capable of writing in such a particularly special way. Simply loved it!

I'd love to buy drugs online. Is there any way to do this? Oh, if only someone would show me!

Ooh, me too, especially if I could take the drugs I bought online to a cheap or best deal hotel and take them there!